Born in 1810, died in Paris in 1892, Ferdinand Barbedienne, the most important caster of bronze pieces of art during the second half of the 19th Century, created and directed in Paris one of the major artistic founderies of his time. Barbedienne specialised in classical reproductions, whose models were exposed in famous European museums. Their illustrated catalogues included many diverse objects such as busts, ornemental sculpture (clocks, candelabras, cups) sometimes even life-sized and also bronzes for furniture. Apart from his own production, Barbedienne worked for the most renowned sculptors such as Barrias, Clésinger and Carrier-Belleuse. All his works were highly esteemed and he, himself honoured by contemporary critics. At the London exhibition in 1851 Barbedienne’s firm won two « Council medals ». At the 1855 Universal Exhibition, he won a medal of honour. The success of Barbedienne’s firm brought him many official commissions, such in about 1860, as Barbedienne supplied bronzes for furniture for the Pompeian Villa of Prince Napoléon-Joseph, located avenue Montaigne in Paris. At the London Universal Exhibition of 1862 Barbedienne won medals in three different categories : Furniture, Silversmith work and Artistic bronzes. Barbedienne was made an officer of the Légion d’Honneur in 1867 and Commander in 1878 when he was compared with « a prince of industry and the king of bronze casting ». His glory did not decline with the passage of the time for at the Universal Exhibition of 1889 the critics thanked Barbedienne for the example he set for other bronze-casters by the perfection of his bronzes. 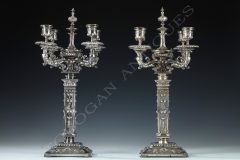 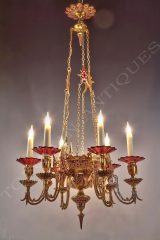 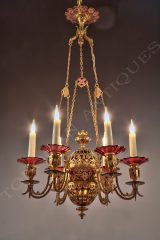 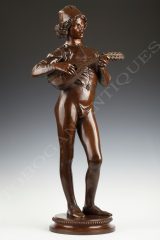 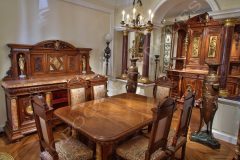 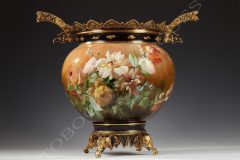 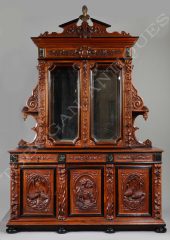 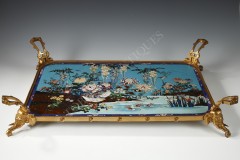 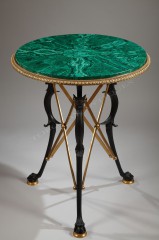 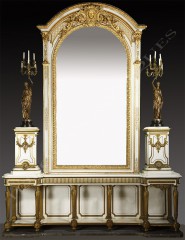 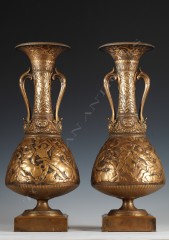 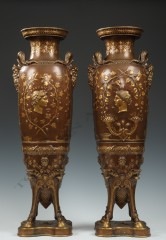 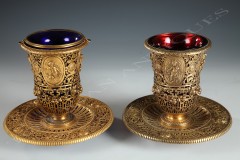 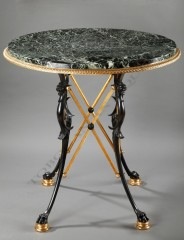 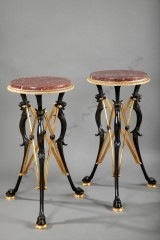 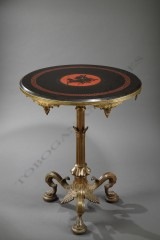 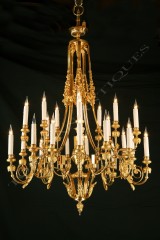 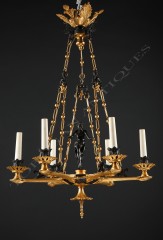 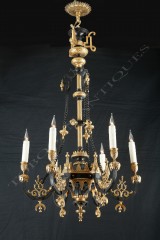 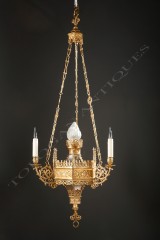 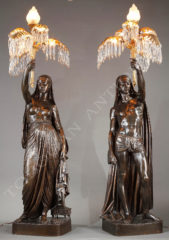 A. Toussaint
A Pair of Indian Slaves Torcheres 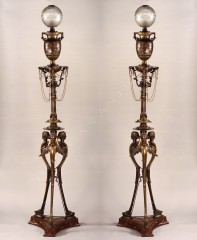