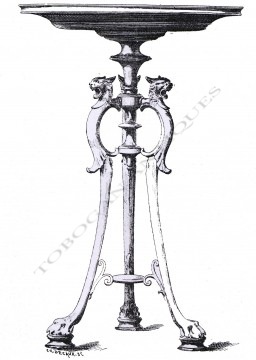 A similar model exposed at the 1889 Paris Universal Exhibition

Pair of patinated and gilded bronze high gueridons with for each of them, three paw feet joined by X shaped stretchers. Round red griotte marble top mounted with a bronze rim, adorned with ove and pearl motifs.

Born in 1821 and dead in Paris in 1888, Louis-Constant Sévin was apprenticed to the Parisian sculptor Marneuf. In 1839, he joined the sculptor-modelors Phénix and Joyau, as designer, and designed silver-smith’s objects for famous firms like Denière, Froment-Meurice, Morel and Duponchel. During the Revolution in 1848, C. Sévin joined Morel in London, as workshop manager and designed pieces that Morel exhibited in 1851. Back in France in 1851, C. Sévin went to Limoges and designed models for the porcelain factories of Jouhanneaud and Dubois of which many pieces were exhibited at the Universal Exhibition in 1855. From this date on, he worked for Ferdinand Barbedienne as sculptor-ornemanist until the end of his life. Sévin’s works are considerable, he designed furniture bronzes for the « hôtel de La Païva ». At the London Exhibition in 1862, he was awarded a medal « pour l’excellence artistique des meubles qu’il a dessinés et qui sont exposés par Barbedienne » : for the artistic excellence of the furniture he designed and which is exhibited by F. Barbedienne. He won a second class medal at the Union centrale des Arts décoratifs Exhibition in 1863 and was awarded a gold medal as « cooperator ». F. Barbedienne said that posterity would remember Sévin’s compositions. The most extraordinary object designed by C. Sévin for F. Barbedienne, was a Renaissance style gilded bronze monumental clock, four metres high, for which C. Sévin won a gold medal as well as was awarded the Légion of Honor at the Universal Exhibition in 1878. His triumph was still valid at the 1889 Universal Exhibition. 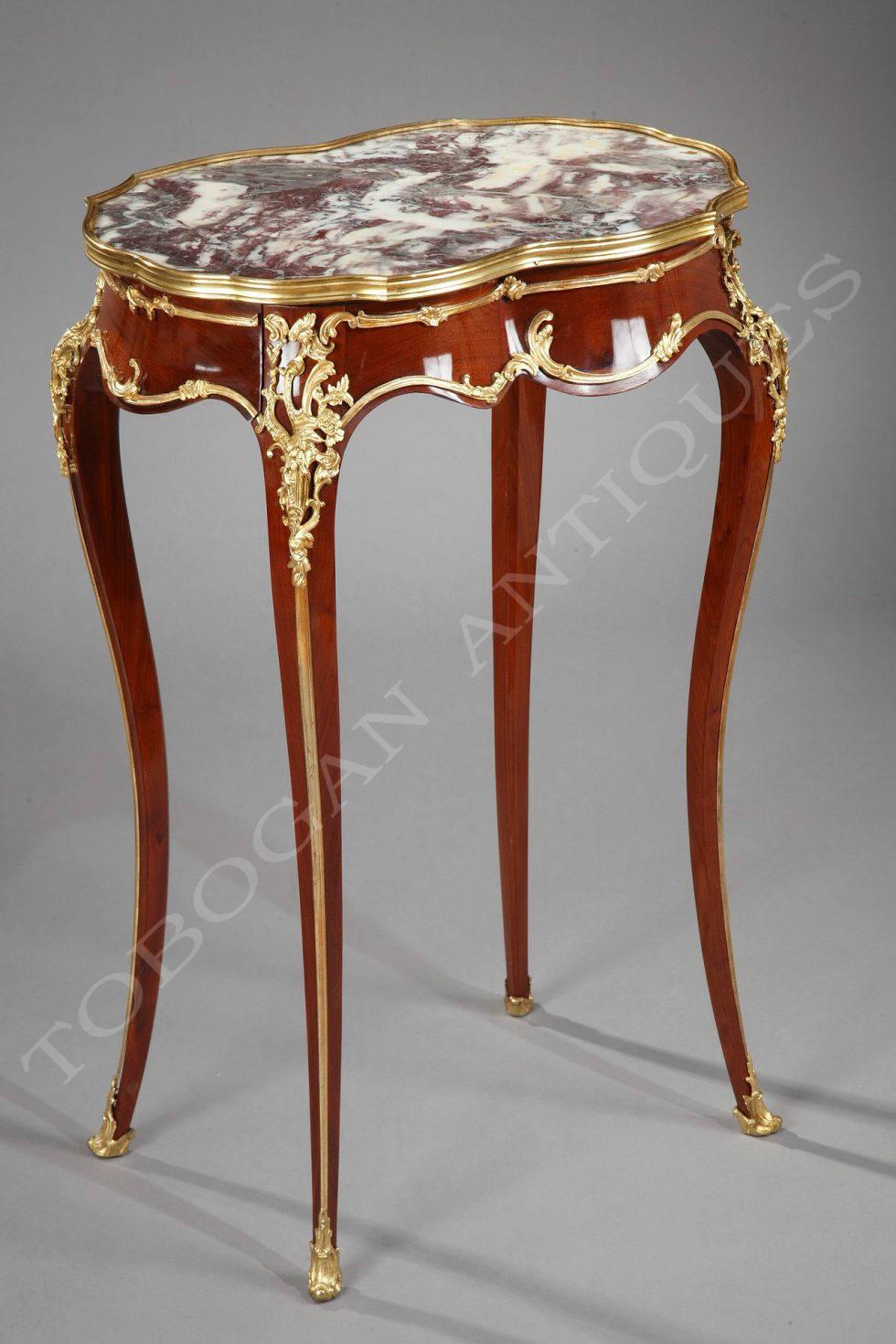