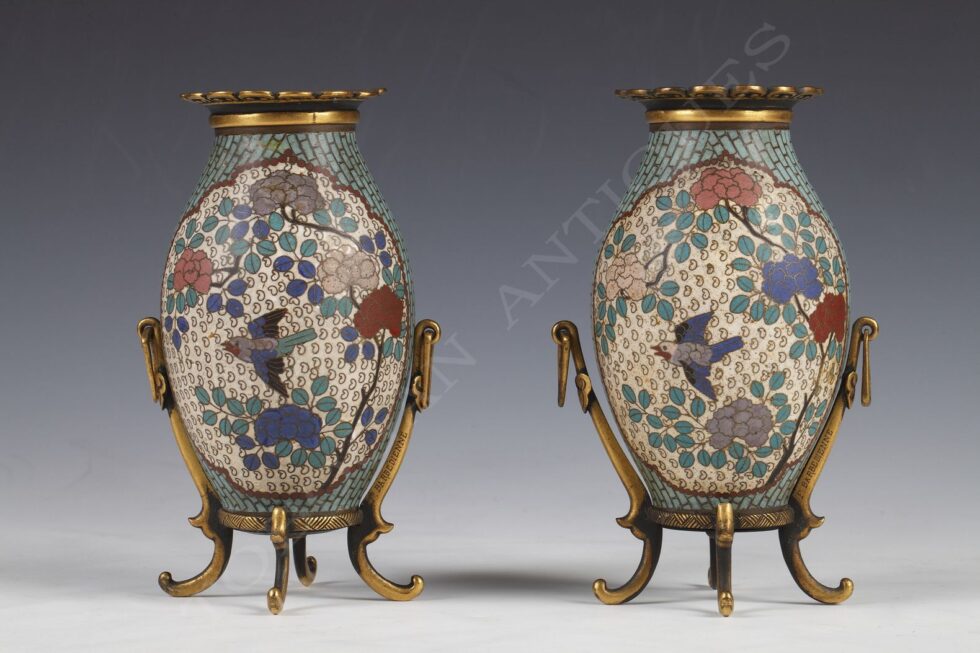 Signed F. Barbedienne on the mount

Charming pair of small curved-shaped vases in patinated and gilded bronze and polychrome cloisonné enamel decorated with flowers and birds. With two movables handles, they rest on four winding feet.

Born in 1810, Ferdinand Barbedienne started one of the most famous 19th century artistic bronze casting companies. He died in 1892. In addition to his personal production, he worked for famous artists such as Clésinger, Carrière-Belleuse and Guillemin. Barbedienne’s production was always highly esteemed and he was, himself admired by contemporary art critics who compared him during the 1878 Universal Exhibition to a « prince of industry and the king of bronze-casting ». In the catalogue of the Exhibition, Barbedienne was considered as the leader among 19th century bronze casters, because of the exquisite quality of his bronzes.