The assembled Neoclassic style ormolu and « cloisonné » enamel onyx set comprises a mantel clock and a pair of candelabra. The clock as a lidded fluted urn with fruiting finial, flanked by gilt-bronze Greek key handles topped with cast butterflies, is sumptuously ornamented with blue ribbon and polychrome floral bouquets motif « cloisonné » enamel frieze. The urn stands on four foliate feet and a Louis XVI style rectangular onyx base, forming the clock case with ormolu drapery framing the circular enameled dial. The all reposing on a rectangular enameled ormolu-mounted onyx base. The pair of onyx urn-shaped candelabras en suite, issuing nine foliate-scrolled light branches, decorated with similar gilded cast and enameled motifs. The style of this amazing clock set characterizes the greatest art pieces made by Ferdinand Barbedienne. His own decorative repertoire mixes in great harmony Neoclassical motifs, such as flowery garlands, acanthuses, amphoras and the urn, with Orientalist decor made of splendid colored enameled cartouches and friezes.

Ferdinand Barbedienne (1810-1892) started in Paris one of the most famous 19th century artistic bronze casting companies. Already awarded with two Council medals at the 1851 London Universal Exhibition, Barbedienne‘s firm won at the 1855 Universal Exhibition a medal of honor and eleven cooperator’s medals for the work of his co-workers, such as his model designer Louis-Constant Sévin (1821-1888) and his chaser Désiré Attarge (c.1820-1878). The success of Barbedienne’s firm brought him many official commissions, such in about 1860, as Barbedienne supplied bronzes for furniture for the Pompeian Villa of Prince Napoleon, located avenue Montaigne in Paris. At the London Universal Exhibition of 1862 Barbedienne won medals in three different categories : Furniture, Silversmith work and Artistic bronzes, combining for some pieces with onyx marble and enamel. Barbedienne was not only, with the Parisian silversmith Christofle, one of the leaders of the French Aesthetic Movement in decorative arts, but also the first artist to produce the famous « cloisonné » enamels (see « L’émaillerie moderne », Gazette des Beaux-Arts, Alfred Darcel, t. XXIV, janv.-juin 1868, p° 75-84). He created then his works after the models of the old Chinese and Japanese artefacts, as well as of the Greek Antiquity, and adapted them to the French taste. At the 1867 Universal Exhibition in his capacity as member of and speaker for the Jury, he was non-contestant, but exhibited nevertheless with great success enameled pieces. Barbedienne was made an officer of the Légion d’Honneur in 1867 and Commander in 1878 when he was compared with « a prince of industry and the king of bronze casting ». His glory did not decline with the passage of the time for at the Universal Exhibition of 1889 the critics thanked Barbedienne for the example he set for other bronze-casters by the perfection of his bronzes. 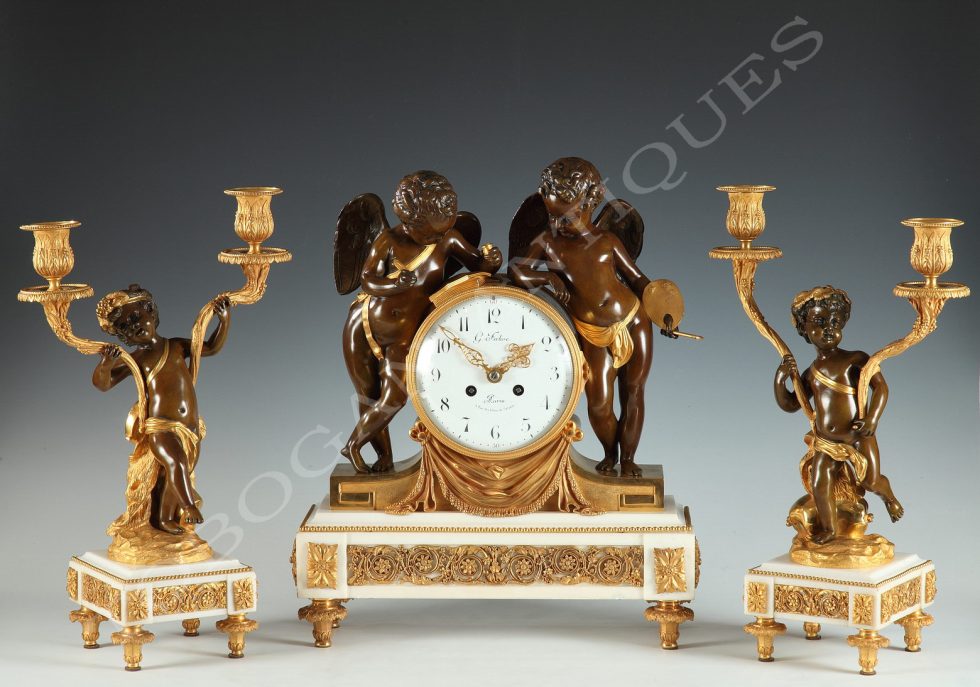