Charming serpentine shaped Louis XV style table in rosewood and kingwood veneer, with an elegant “bois de bout” floral marquetry on the tray and opening with two drawers. Rich gilded bronze ornamentation of flowers and branches framing the drawers and on the angles. The back is similarly decorated and with two false drawers. Resting on four scalloped foliate-cast feet.

The work on this table is characteristic of Zwiener’s workshops for its quality and finesse and of L. Messagé for the design.

Joseph-Emmanuel Zwiener was born in Germany in 1849. In 1880 he set up his extensive workshops in rue de la Roquette in Paris where he created many original pieces of furniture. He immitated practically every style, ranging from “Boulle” to “Louis XVI” and including extraordinary personal interpretations of the ‘’exhuberent’’ Louis XV style. His unique style won Zwiener the gold medal at the 1882 exhibition of the Union Centrale des Arts Décoratifs in Paris. One of the judges, René Ménard, remarked that « if Mr. Zwiener had limited himself to literal reproductions, he wouldn’t have attracted the attention of the jury so strongly. But alongside his very skillful copies, he has shown us works inspired by his own imagination ». He then participated in the 1889 Universal Exhibition, held in Paris, and was awarded the gold medal for his remarkable copy of that most famous piece of furniture, Louis XV’s desk. The catalogue of the exhibition included a wonderful elegy qualifying the work as perfect : « No criticism what-so-ever could be made ». As that other famous cabinet-maker François Linke (1855-1946), Zwiener had most of his bronzes modelled by Léon Messagé (1842-1901) whose work was considered as being of the best possible quality. Zwiener was active until 1895, when Jean-Henri Jansen (1854-1928) purchased his business and stock. Operating under the name of “Zwiener Jansen Successeur”, Jansen continued to faithfully produce Zwiener’s creations, using the original models and lavishing the utmost care on these “meubles de luxe”. 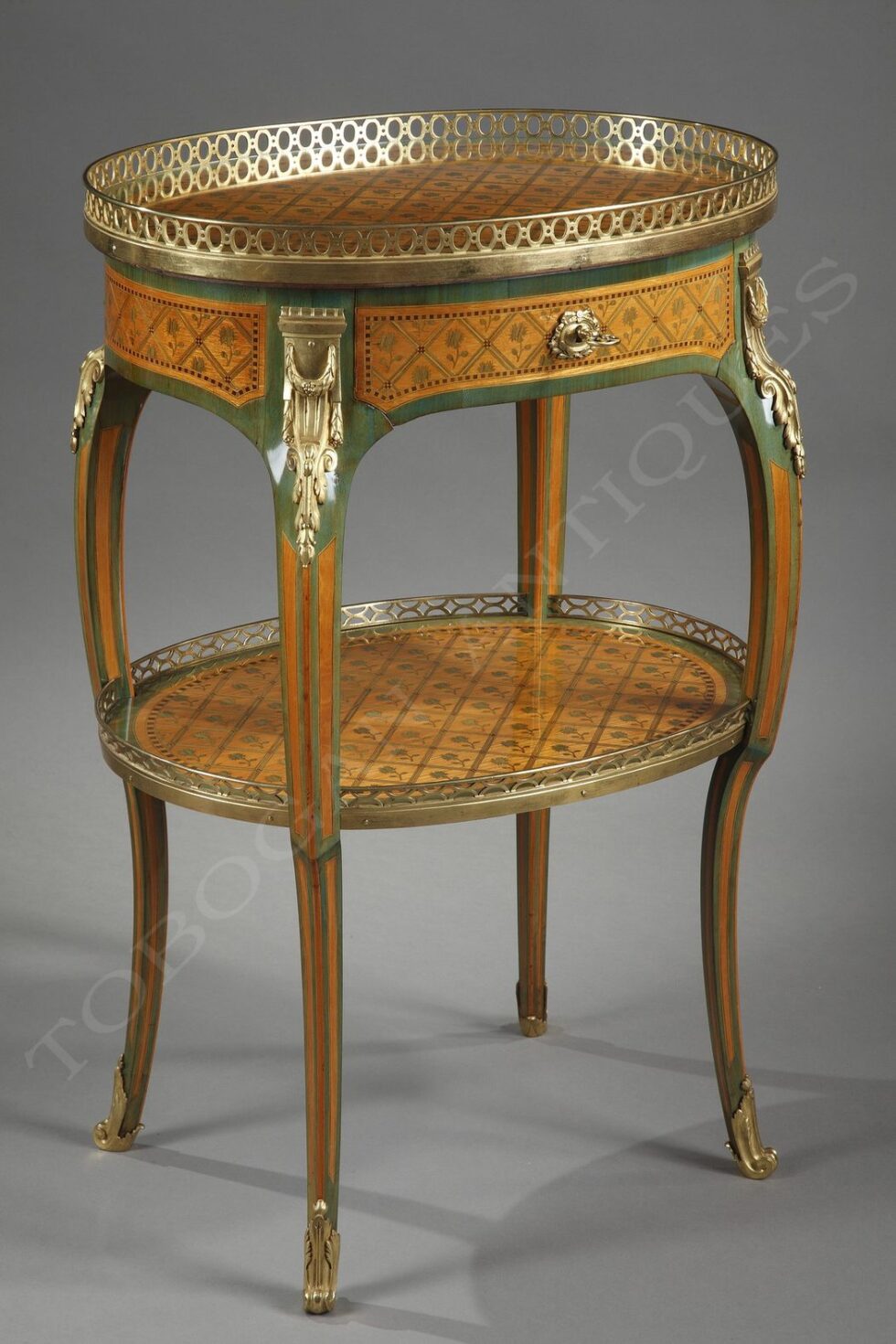