Charming six-light chandelier, in clear and opaque cut crystal decorated with Greek friezes in orange tones. The central shaft, formed of inverted cones and cups, ends with a light concealed by a sphere with two crystal sides. It illuminates with five light-arms with twisted branches ending with engraved crystal cups decorated with palm leaves. The whole is adorned with numerous pendants and bells. 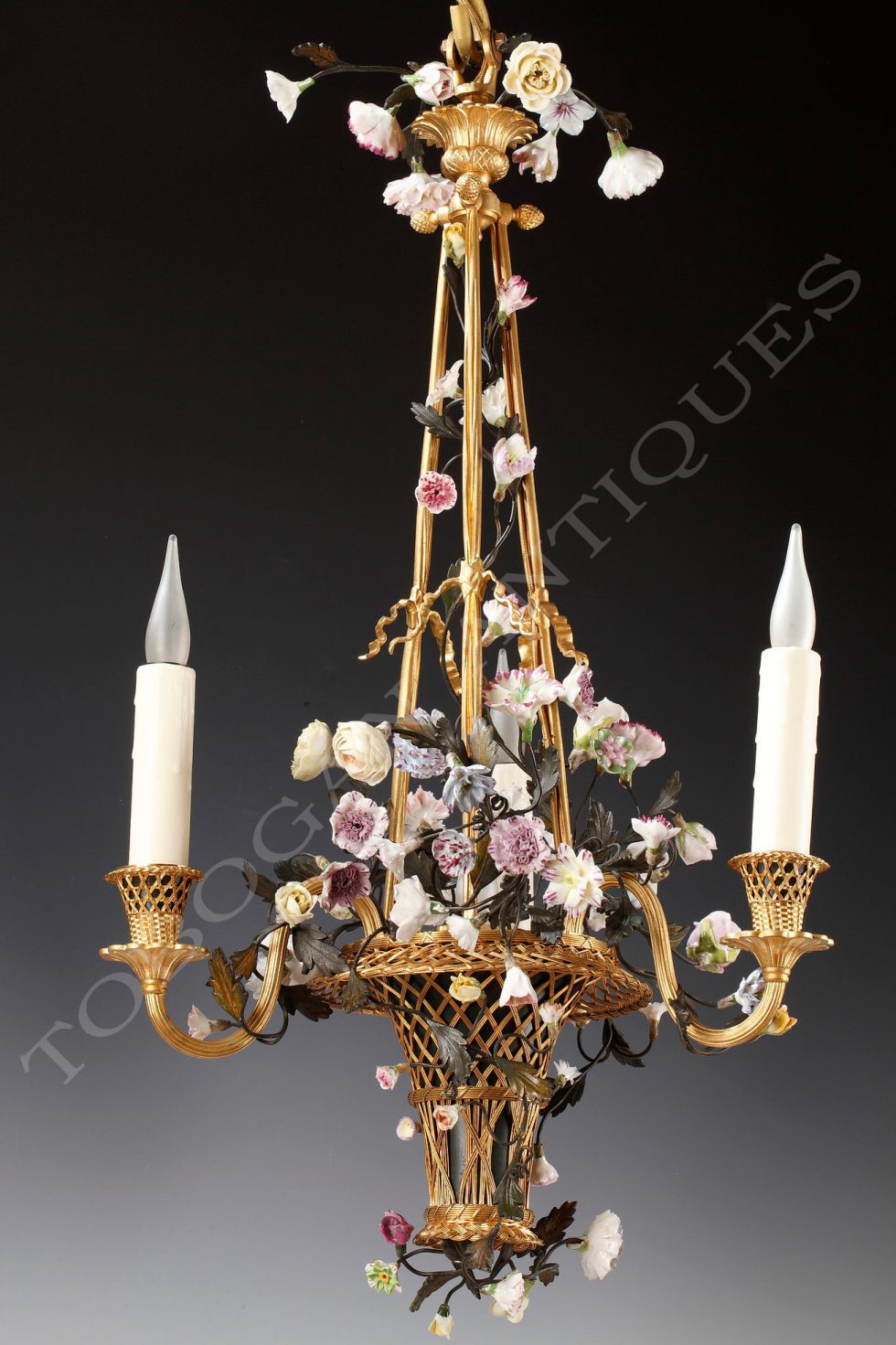