Beautiful set of four tapestries from the Manufacture de Beauvais representing children’s pastorals. These tapestries were made after the paintings by François Boucher (1703-1770) delivered around 1751 to the marquise de Pompadour for her Château de Crécy.

Presented in superimposed medallions with flowers and bordered with interlacing, these scenes are :

They are surrounded by arched giltwood frames decorated with leaves.

François Boucher (1703-1770) perfected his learning of oil painting from François Lemoyne. He won the Grand Prize for Painting in 1723. Approved at the Academy of painting and sculpture, he was admitted there in 1734. He had a brilliant career, knew all the honors, receiving incessant royal commissions and worked for the leading personages of the court of the King Louis XV, as Madame de Pompadour. It also provided cartons for the production of tapestries, such as from 1750 the Loves of the Gods commissioned by Oudry who was the director of the Manufacture de Beauvais. Undisputed master of the rococo style, a precious and sensual painter, known during his lifetime as “the Painter of the Graces”, he was however since 1760 increasingly shunned by the public and critics who turned their favor into neoclassical art. It was therefore only in the second half of the nineteenth century, when Empress Eugenie reinvented her 18th century taste, the Goncourt brothers rediscovered then the most representative painter, François Boucher.

The Royal Tapestry Factory of Beauvais was created in 1664 by Jean-Baptiste Colbert to compete with the tapestry factories of Flanders in order to meet the requirements of his mercantilist policy and reduce imports. Unlike the Manufacture des Gobelins, whose production was essentially intended for the King, the Manufacture de Beauvais was originally a company oriented towards the private market. Production is then limited to simple subjects such as verdures. Since the direction of Philippe Béhagle (1641-1705) merchant-upholsterer to the king, originally from Flanders and trained at the Gobelins, the factory has called on recognized artists to provide cartoons, such as Jean-Baptiste Monnoyer or Jacques Duplessis, replaced by Jean -Baptiste Oudry in 1726.
It is to the latter that the management is entrusted until his death in 1755, which corresponds to the most remarkable period in the history of the manufacture. Under the artistic direction of Jean-Baptiste Oudry, Beauvais relied on an international network of exhibition stores established in Paris, Leipzig or Regensburg by the previous directors to develop its exports to the whole of Europe, creating immense hangings.  The collaboration between the painters Oudry and François Boucher largely contributed to this success.
At that time, large productions of tapestries for seats matching the patterns of the hangings were made, thus creating very homogeneous decorative ensembles. Despite its success with private customers, the Beauvais factory owed its survival to annual orders from the royal furniture repository. The factory employed several hundred workers during the French Revolution and on October 8, 1804, Napoleon Bonaparte decided to make it a state factory.
The weavings of Beauvais were of an exceptional quality, comparable to those of Gobelins. The factory was particularly renowned for seat upholstery. During the 19th century, the manufacture declined. The 20th century marked the revival of the Manufacture with the collaboration of great contemporary artists. 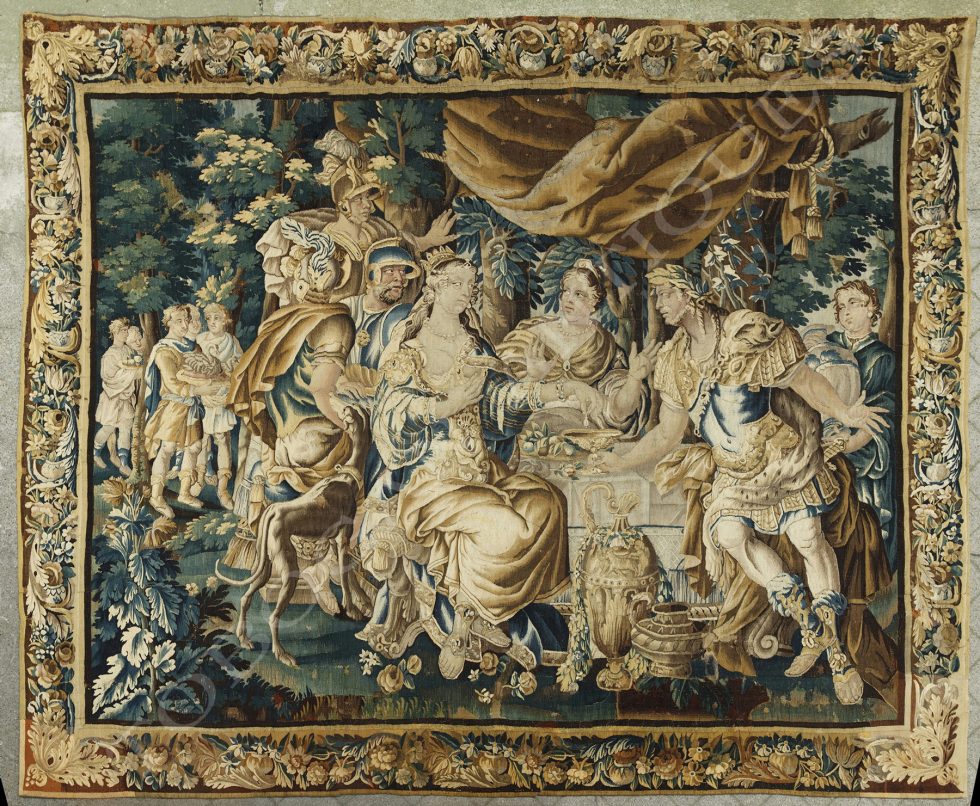 Aubusson Manufacture
The Banquet of Cleopatra 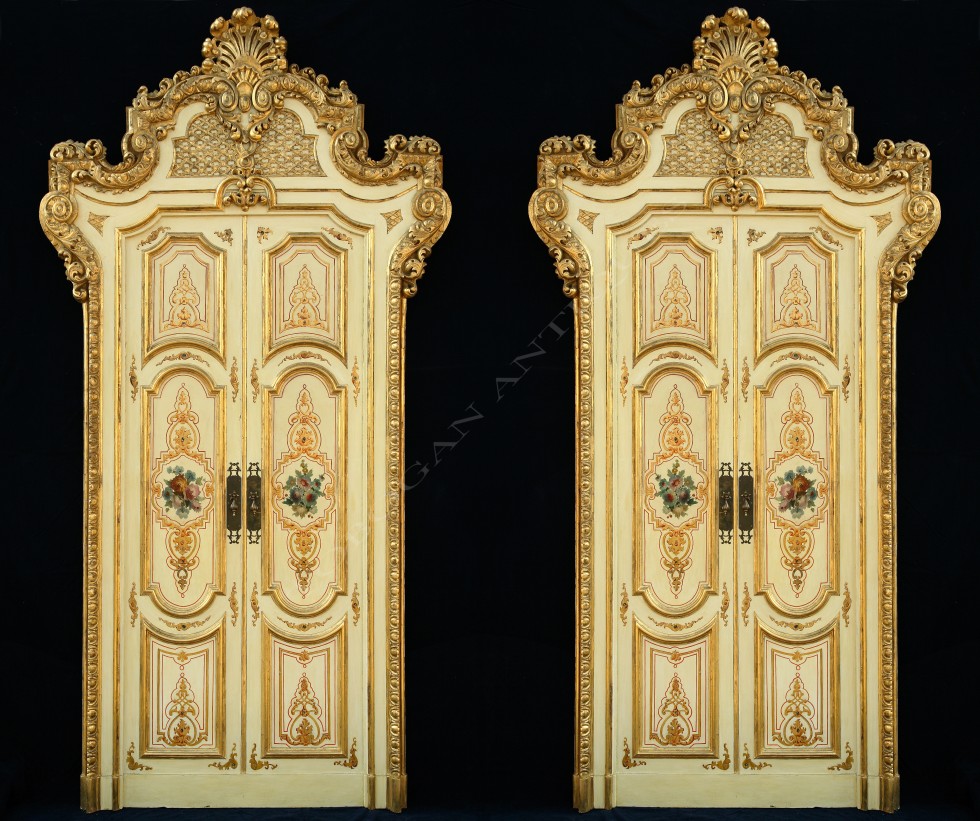 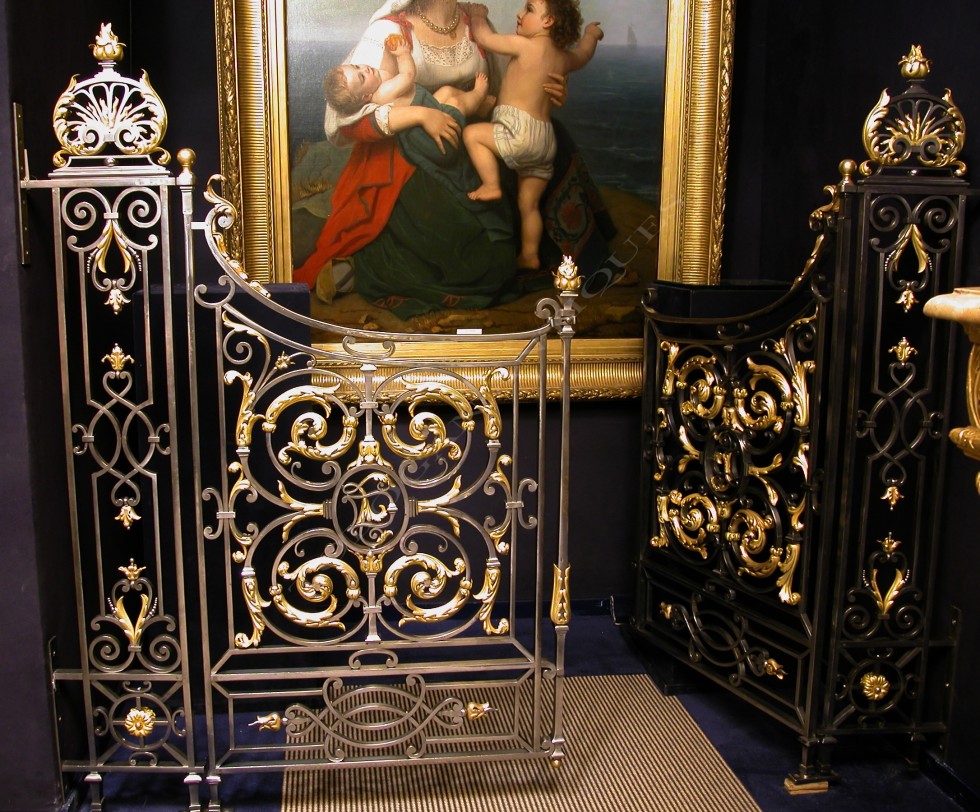