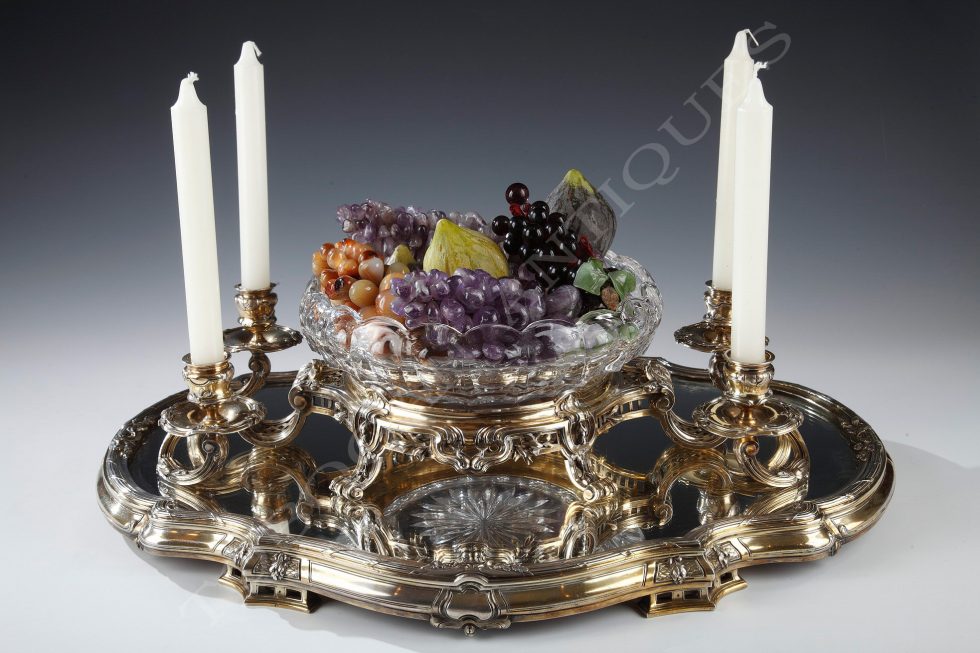 Silversmith
(end of the 19th century)

Elegant centerpiece in finely chiseled vermeil. Composed of a cut-crystal goblet d’une coupe en cristal taillée from which emerge four sinuous light-arms. The whole rests on a scalloped mirrored tray adorned with foliage, with a molded contour of wrapped rushes and ending with four openwork feet. 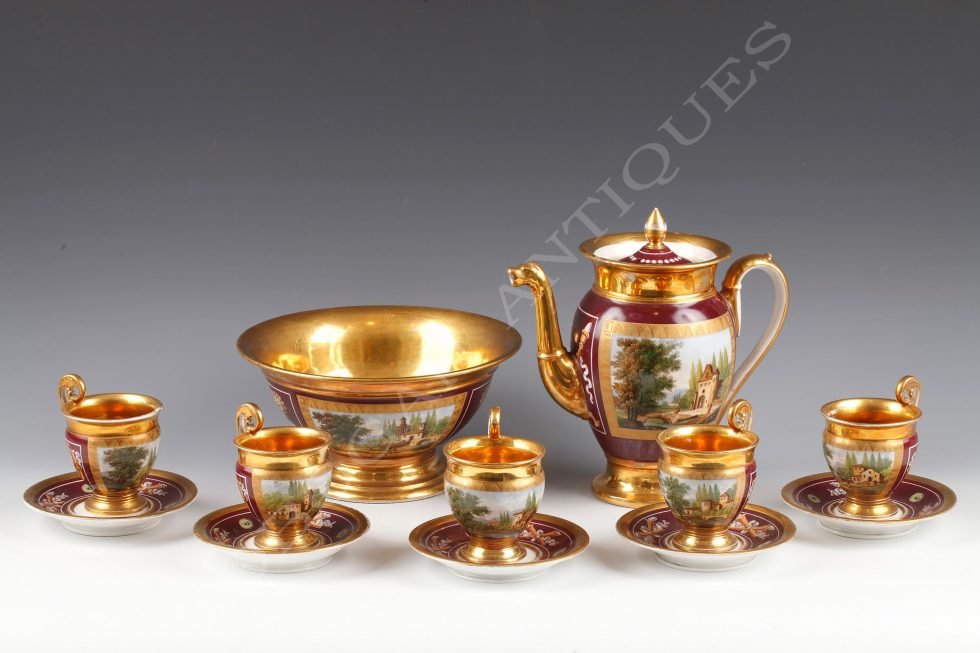 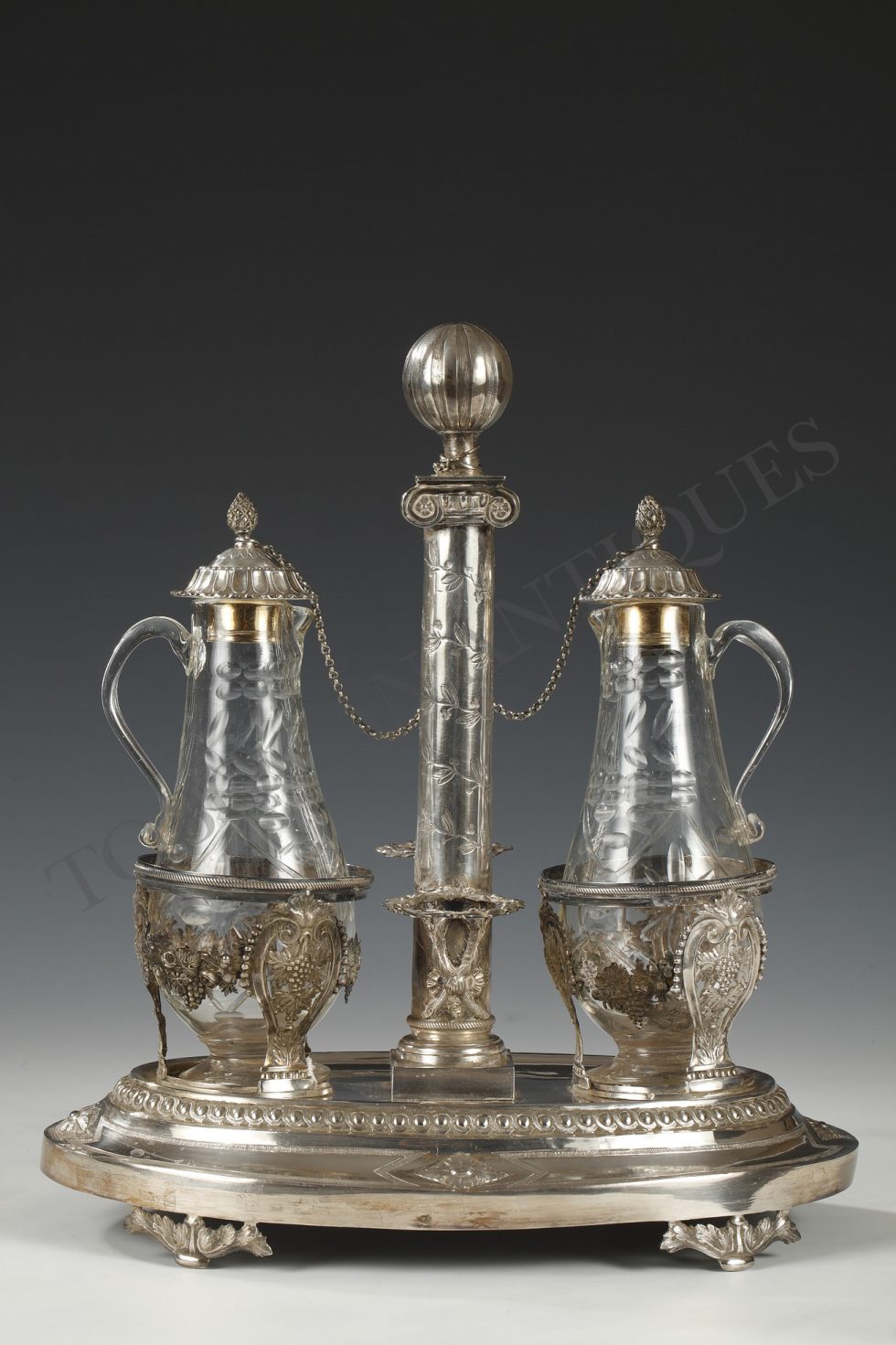