Stamped twice A BEURDELEY A PARIS on the back

Charming Louis XV-inspired pair of encoignures in lacquer and gilded bronze. The animated facade opens to a door adorned with a panel with gilded decoration in the taste of Japan, painted on a black background representing a flower basket flown over by birds. They are embellished with an elegant ornamentation in chiseled and gilded bronze with patterns of leafy falls and foliage. Resting on three feet, two of which have foliage sabots connected by a scalloped apron, they are topped with a molded marble in Breccia of Aleppo.

This pair of encoignures is to be linked to the work of the cabinet-maker Bernard Van Riesen Burgh (1700-1760), especially the ones decorating the private mansion Nissim de Camondo, 63 rue de Monceau in Paris (Inv. CAM 36).

In 1875, Alfred-Emmanuel Beurdeley (1847-1919) was at first assistant to and later succeeded his father Louis-Auguste Beurdeley, one of the main cabinet-makers of the Second Empire, specializing in 18th century furniture. Louis-Auguste was the star whenever he exhibited and was “most favored by the royal and imperial families”. Although he produced the same kind of works of art as his father, Alfred Beurdeley was also a very well-known art collector and a skilled bronze sculptor. With Dasson, Grohé, Sauvresy and Fourdinois, the most famous artists of the period, he took part in the 1878 Universal Exhibition and won the gold medal. Crowned with glory he went so far as to open a shop in New York. His participation in the 1883 Amsterdam Universal Exhibition drew considerable attention to his work and “Alfred Beurdeley, Fabricant de bronzes d’art” was then awarded the Ordre National de la Legion d’Honneur, France’s highest official mark of recognition. He thus won the respect of both the government and contemporary art critics. His last presentation was during the 1889 Universal and International Exhibition, when the director of the Exhibition wrote in his report: “The talent of Mr Beurdeley is self evident when one inspects his furniture.” 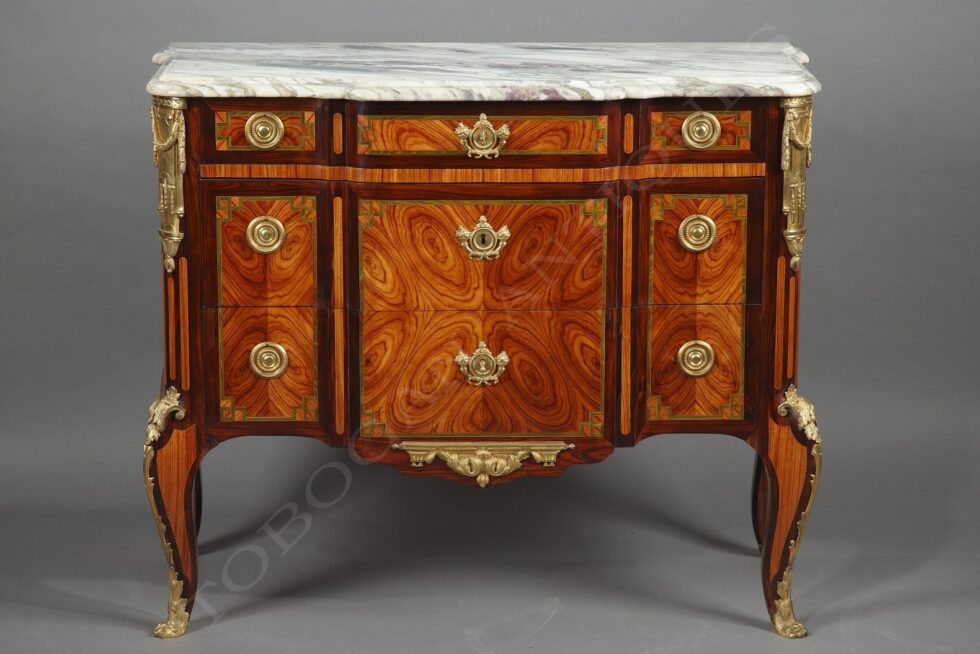