Rare set of urns and pedestals

Signed BY on the back of the bronze mounts 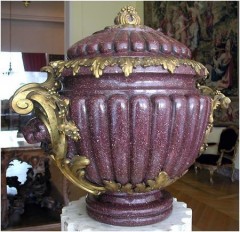 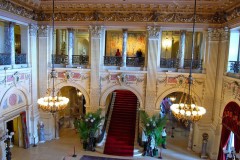 Considering the quality of the bronze chiseling, of the mercury gilding as well as the rarety of the marbles such the « African Brèche » and « Sicily Jasper », these presented pieces can be considered as one of the most prestigious works produced by A.-E. Beurdeley. A similar pair of vases, made in gilded bronze mounted porphyry, was made by Alfred-Emmanuel Beurdeley for the Great Hall of The Breakers, Newport (USA), the luxurious estate of Cornelius II Vanderbilt.

A. Giroux
Pair of cloisonné Vases