A Louis XVI style double-sided flat desk, made in amaranth and thuja burl veneer, presenting a large centering drawer and two further sided drawers. With a rectangular ormolu-banded top inset with a leather surface and a three-sided pierced gilt-bronze frieze. This work was inspired by the 18th century models executed by Jean-Henri Riesener.

Born in 1812, Charles-Guillaume Winckelsen is one of the most talented cabinet-makers of the Second Empire period, taking inspiration from 18th Century furniture. He mainly used the Louis XVI style decorative motifs but without reverting to simple pastiche and creating then beautiful furniture. Winckelsen’s bronze casting was of the highest quality. He had his workshops in Paris at N°23 Val-Sainte-Catherine in 1854, moved in 1860 to N°21 rue Saint-Louis in the Marais, and in 1867 to N°49 rue de Turenne. His production varied from furniture to decorative works of art, specializing in particular in the Louis XVI style to a very high quality standard. As a very talented cabinet-maker he was often honored the commands from the aristocrats as well as the Paris wealthy high society, such as Lafitte, de Béhague, prince Radziwill. Following Winckelsen’s death in 1871, Henry Dasson (1825-1896) purchased on July 27 the workshop and stock from Winckelsen’s widow. 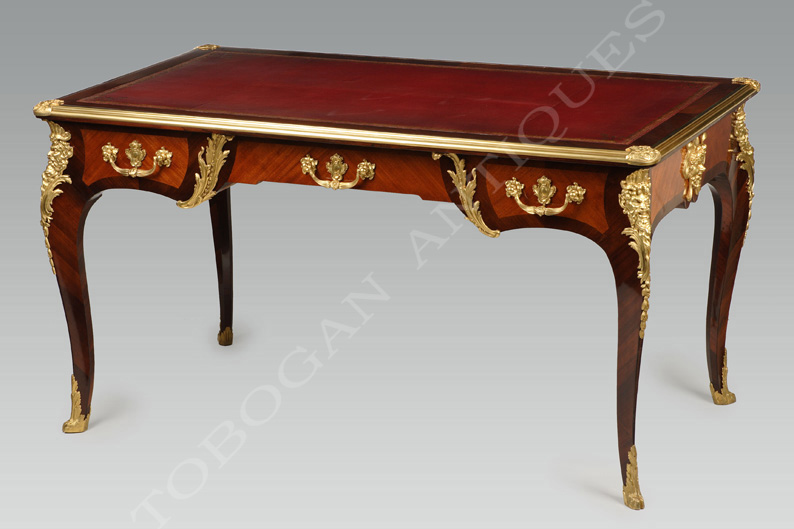