Claude Mercier (born in 1803) installed in Paris, 15 rue Beautreillis in 1828, then moved to 100 rue du Faubourg Saint-Antoine, where the firm has been maintained until present days. As soon as 1856, the company became Mercier Père et fils then, in 1863 Mercier fils aîné, and finally in 1867, Mercier Frères, still current name. Mercier was in 1855 supplier of the royal Court of Spain. His house quickly became wellknown and participated from 1844 in all art exhibitions. At the French Industry Products Exhibition held in Paris in 1844, he was awarded an « mention honorable » for his carved rosewood furniture and received a bronze medal at the 1849 London fair. In 1852, he won a second-class medal. At the 1855 Paris Universal Exhibition, Mercier showed a wardrobe, a canopy bed as well as an ebony table. At the Exposition of the Union Centrale des Beaux-Arts, the Mercier brothers presented, as their masterpiece, a walnut buffet, which won a medal. At the 1867 Paris Universal Exhibition, they sent ebony furniture for bedrooms and Louis XVI style tables. Claude Mercier seems to have stamped his works very exceptionally. 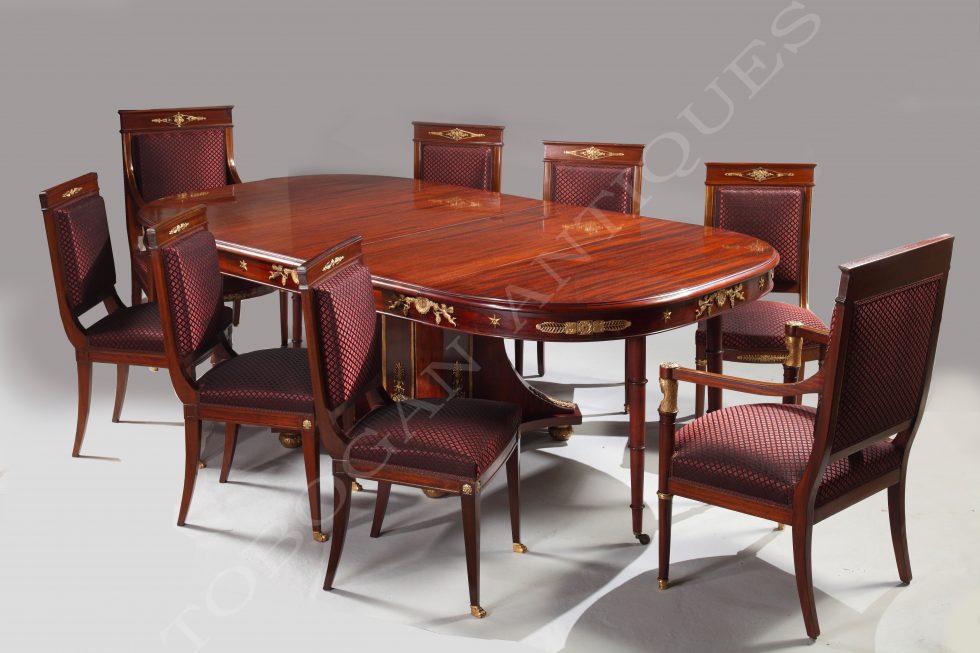