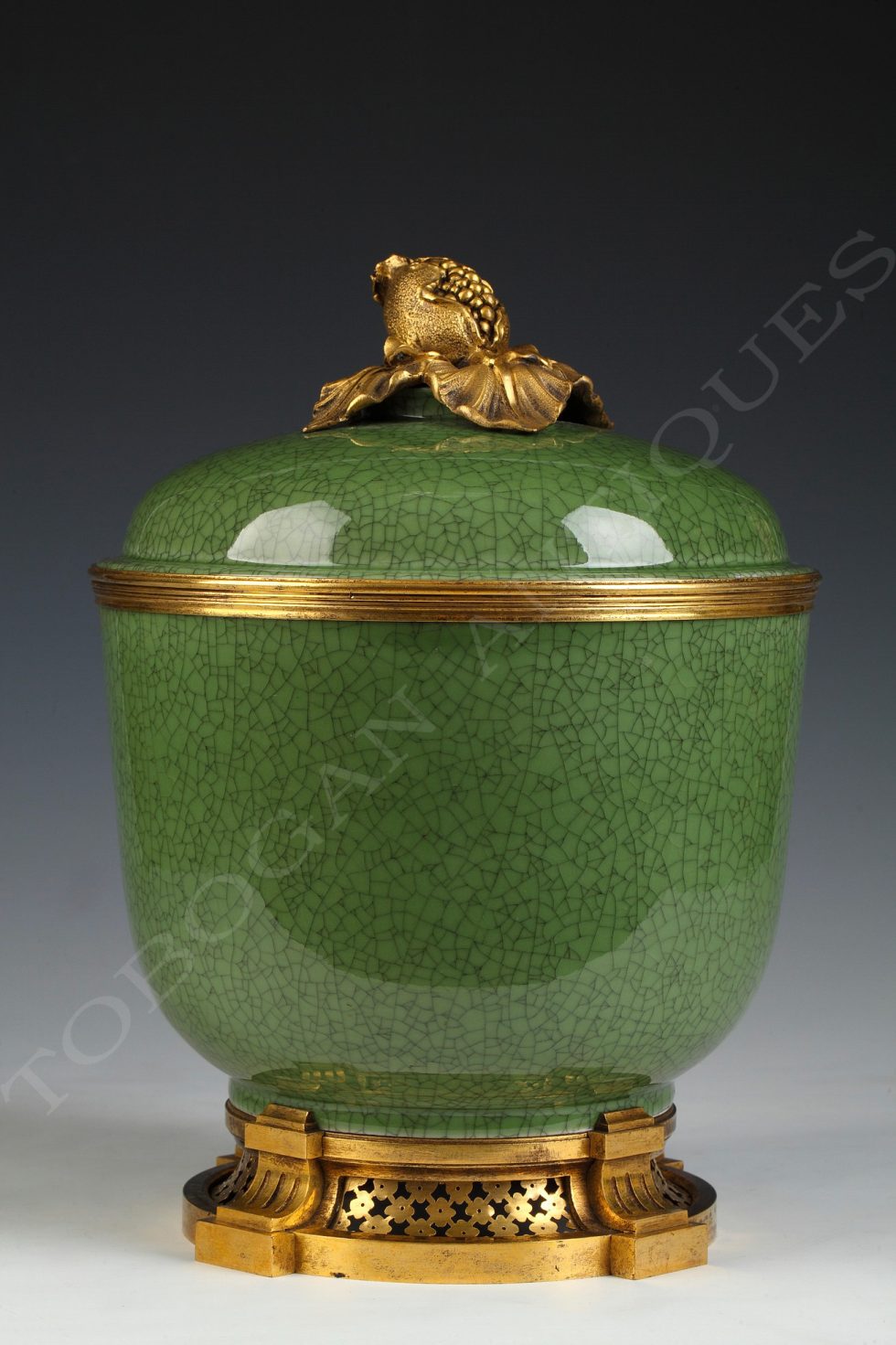 Beautiful celadon porcelain jar with gilt-bronze mounts. The jar relies on a gilt-bronze base with four ribbed consoles joined by open-work wire nets on a large moulding. A gilt-bronze circle separates the body from the cover, surmounted by a gilt-bronze prehensile button in the form of a pomegranate on open leaves.

Lots of artists participated in that world success, such as Emile Gallé, who gave to Pannier Frères the exclusive rights of some of his models, or François-Eugène Rousseau, who designed many vases and gave the model of his successful Japanese style dining-set as well. This set was made by the Creil et Montereau Manufacture. In the Japanese style furniture branch, many famous makers such as Majorelle from Nancy, Edouard Lièvre or Gabriel Viardot worked for Pannier Frères. Some pieces are to be seen in the greatest museums: the Ermitage in Saint-Petersburg, the Orsay Museum in Paris, the Corning Museum of Glass in New York.