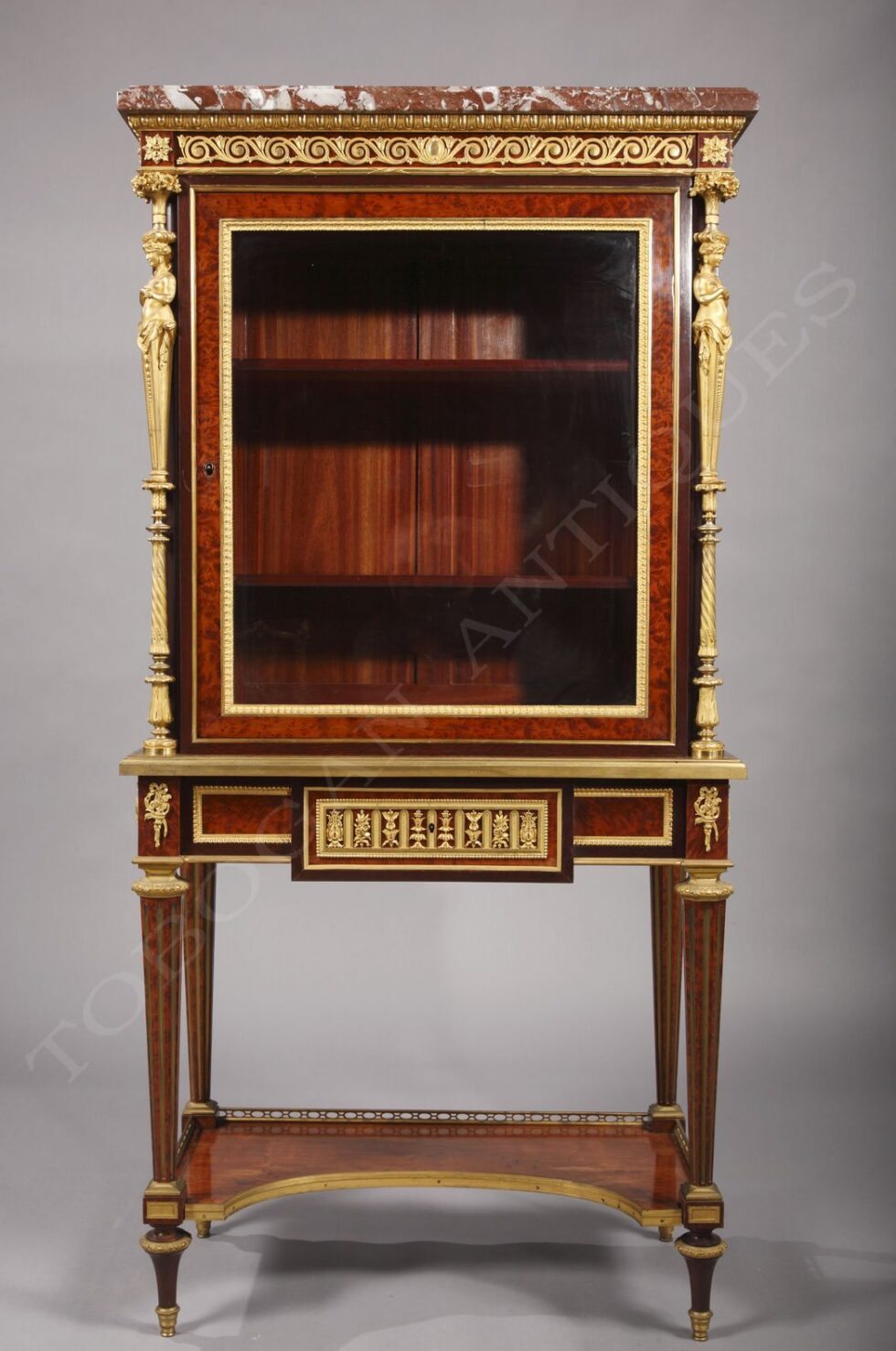 As a cabinet-maker and a bronze-caster, Henry Dasson executed in his Paris workshop, installed at 106 rue Vieille-du-Temple, sumptuous copies of royal 18th century models and some pieces of his own modified 18th century design. He used for his pieces of furniture and « objets d’art » the very finest ormolu mounts with high quality mercurial gilding. He purchased the firm of the cabinet-maker Charles Winckelsen upon his death in 1871 and mainly produced in the Louis XV and Louis XVI style. His participation at the Paris 1878 Universal Exhibition was highly remarked with a Louis XVI style table, all in bronze and considered as a « chasing masterpiece », and a copy of the famous King Louis XV desk (original piece exhibited at the Versailles Castle), which was also admired by critics. At the 1889 Universal Exhibition, he won a « grand Prix » for his beautiful furniture. Dasson closed down his business in 1894. 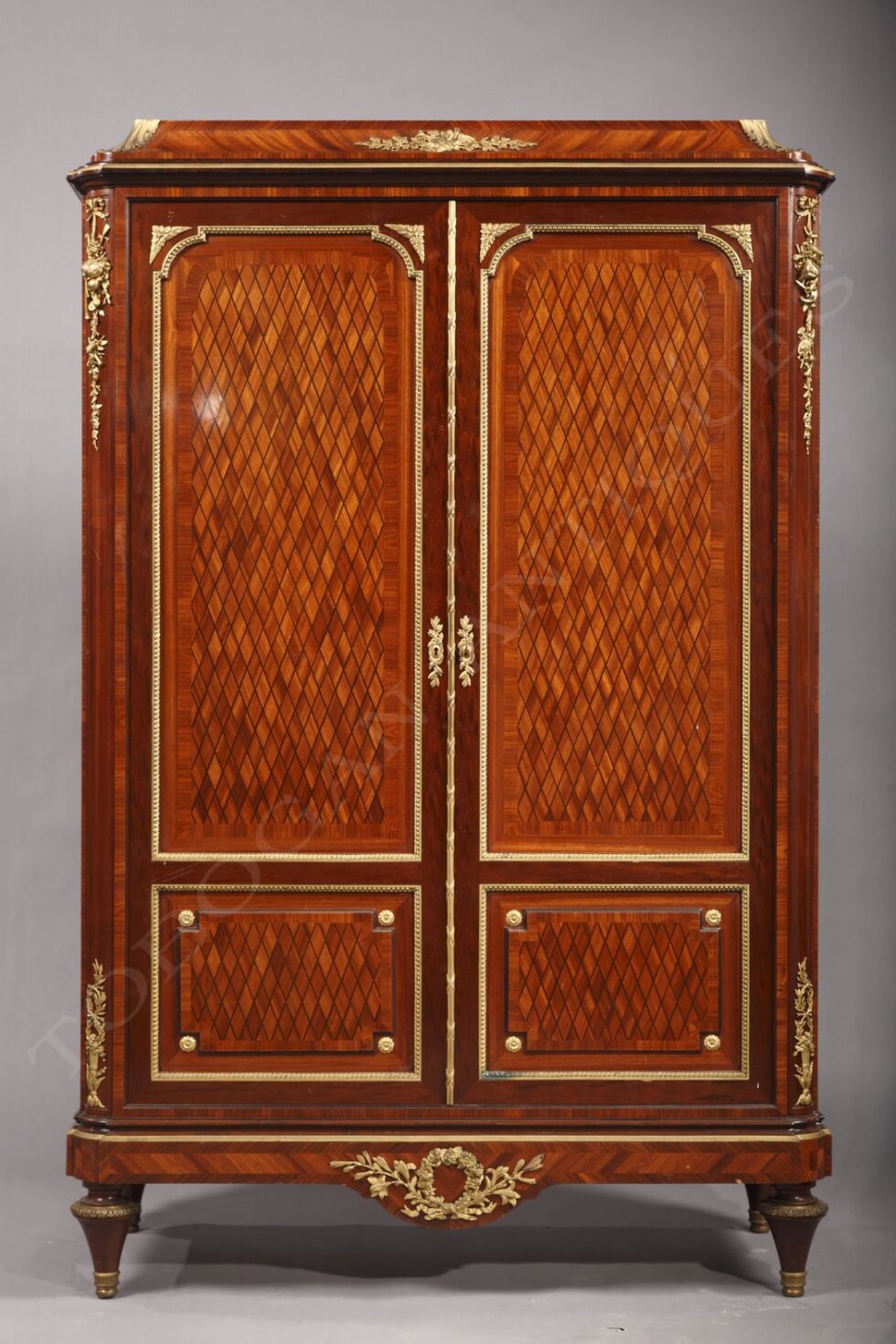 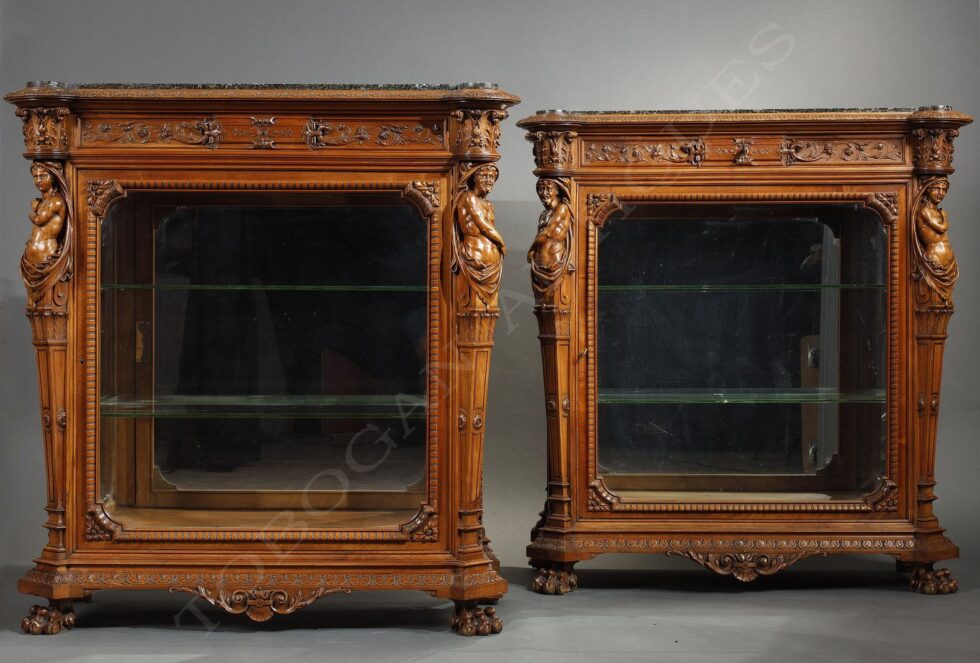 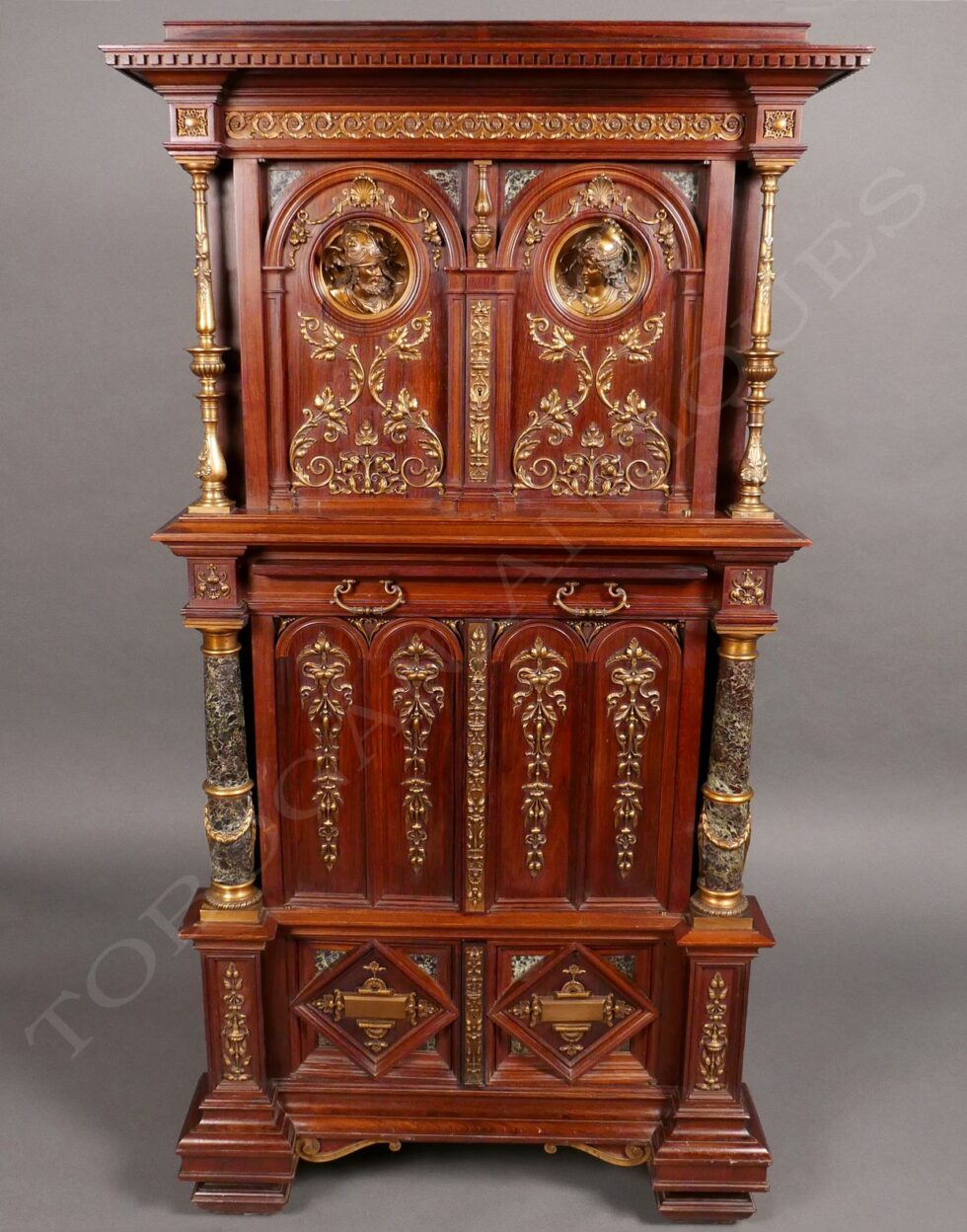