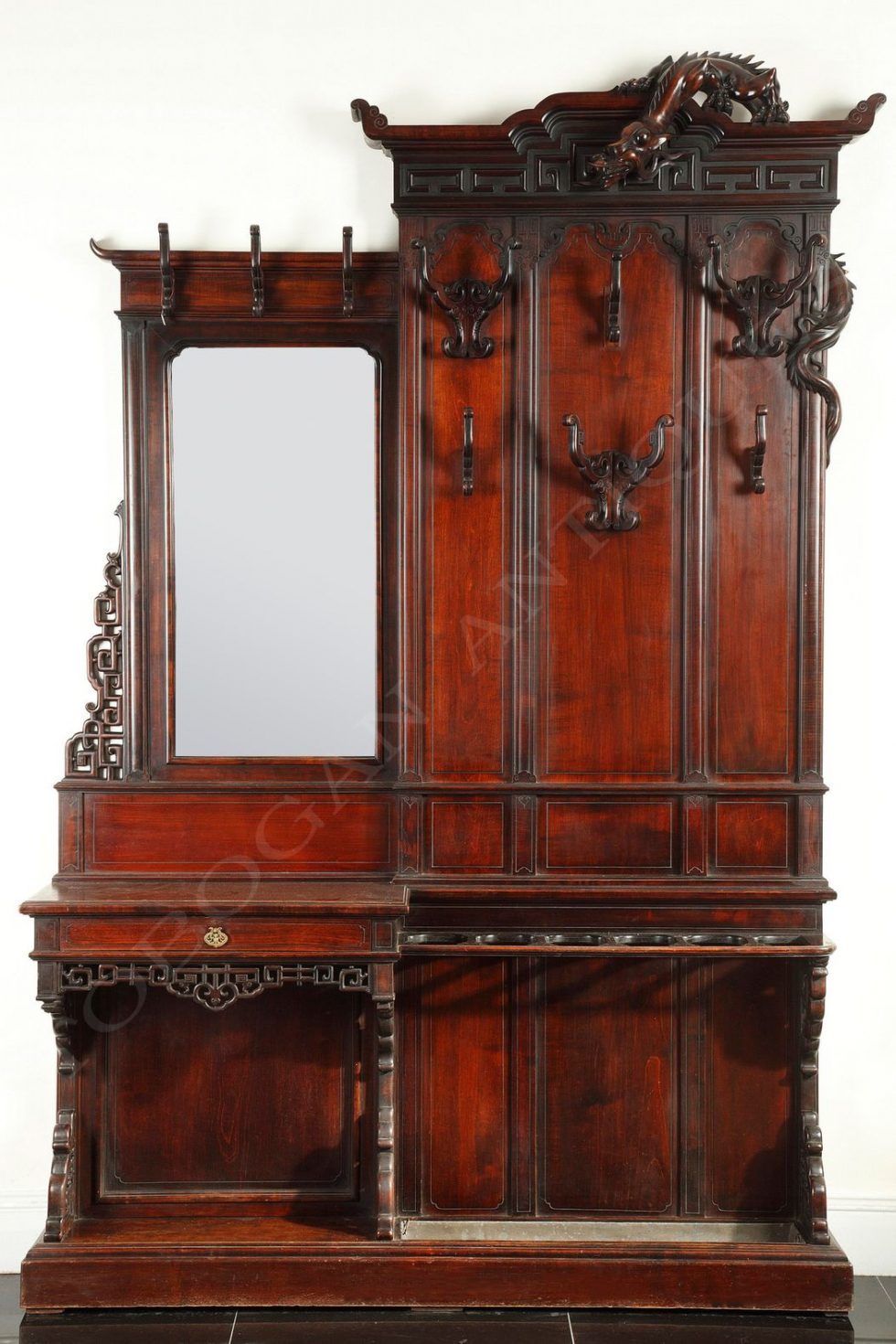 Rare Japanese style coat hanger, made in tinted and carved alder decorated with stylized and openwork geometric interlacing. Composed on the upper part of a large mirror and three panels on which are placed hooks, framed by carved uprights. The lower part is formed by a console opening to a drawer on the belt underlined by an openwork frieze of stylized geometric interlacing and six locations to put umbrellas resting in a rectangular zinc receptacle. The whole is surmounted by a sculpted pediment in the shape of a pagoda from which emerges a dragon.