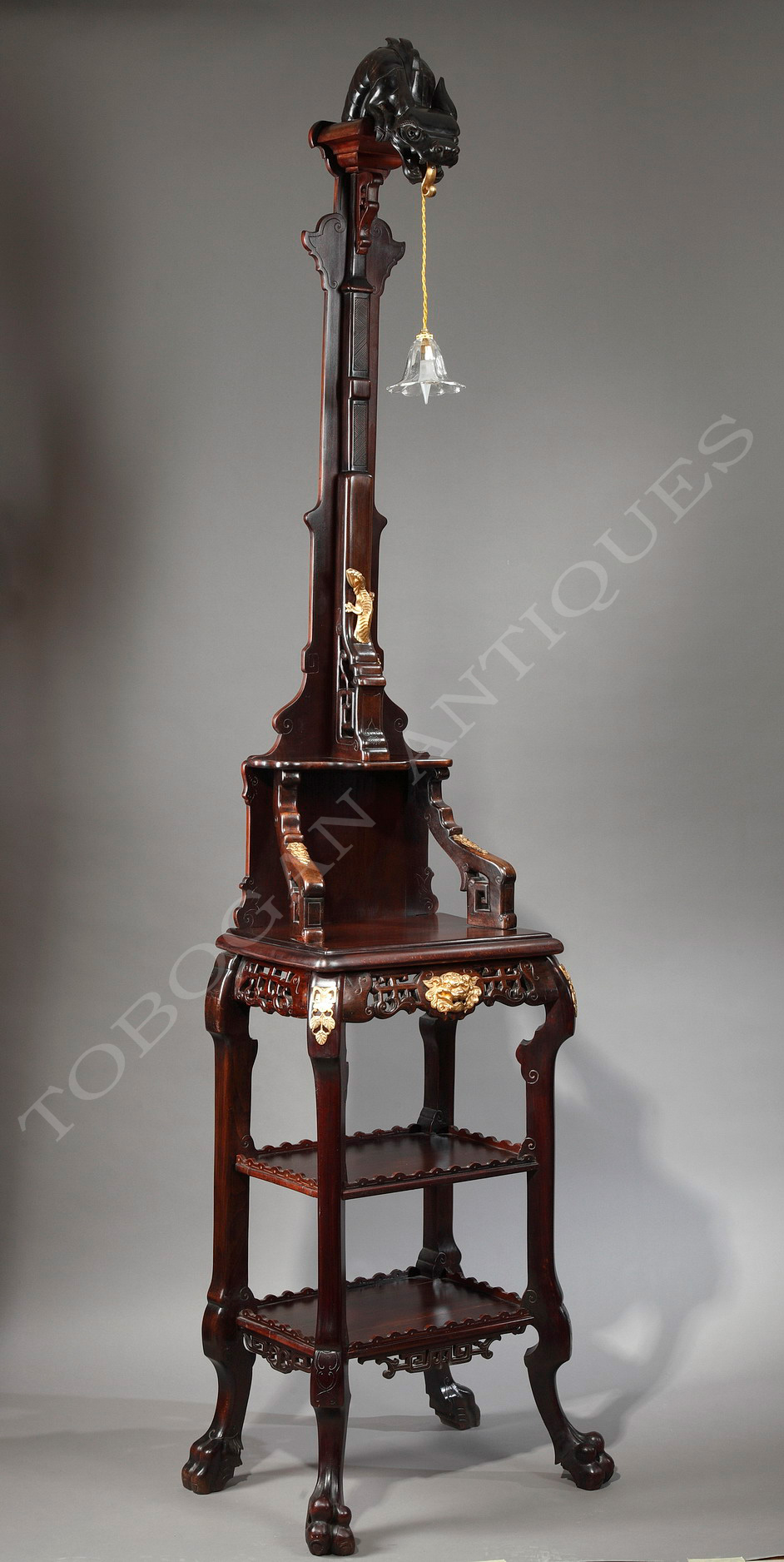 Charming Japanese style floor lamp in carved tinted alder, composed in its lower part of a console with an openwork belt decorated in its center with a Fô dog’s head and on each side with two foliage motifs in gilded bronze, all resting on four feet joined by two shelves. In its upper part, it is formed of a central upright from which emerges a climbing salamander and topped by an open mouthed dragon by which an illuminating corolla hangs.

Gabriel Viardot career began as a wood carver and he produced small furniture, sculpturally carved with naturalistic motifs and animals. In the 1855 Exposition Universelle in Paris, his finely sculpted objects were well received. However, with the increasing importation of similarly produced Swiss and German articles, he found less opportunity for these and decided to inovate.
Viardot succeded to his father’s business in 1861 installed rue Rambuteau in Paris. Around 1870 he turned to the idea of producing « Meubles genre Chinois et Japonais ». The taste in Europe for exotic furniture, incorporating sometimes authentic Chinese or Japanese objects was well established. But Viardot early designed his own models enriched with ivory, mother-of-pearl and beautiful gilt-bronze mounts.
After having won four medals at the Paris Universal Exhibition of 1867, Viardot was awarded a silver medal at the 1878 Universal Exhibition in Paris. He was also awarded gold medals several times : Universal Exhibitions in Anvers (Belgium) in 1884, and again in Paris in 1889 and 1900. A contemporary commentator notes that he had a workshop employing approximately 100 men, both sculptors and cabinet-makers with another 25 to 30 outside contract workers. « L’Escalier de Cristal », the famous Parisian offering luxurious furniture got the exclusivity to use their own stamp on six Viardot’s furniture models. 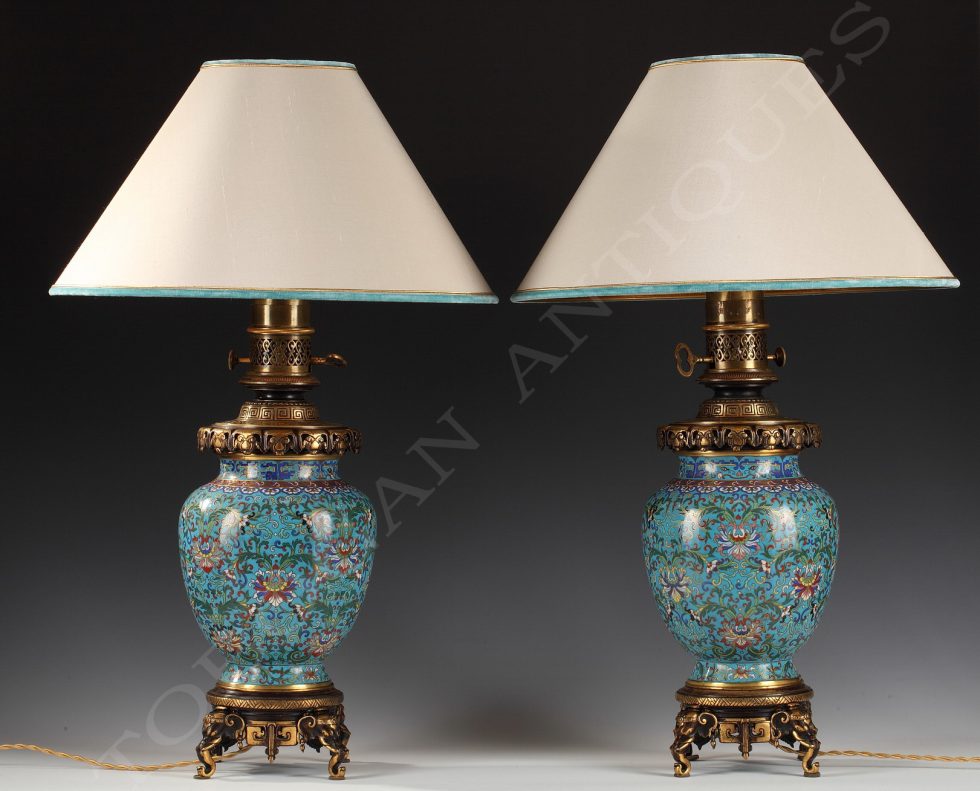