Bust of an Orientalist Princess

Rare bust in patinated bronze representing a young women wrapped in a drapery and dressed in an oriental-inspired tunic with interlacing patterns and a large belt with silver and gold highlights. Her hairstyle is composed of a headband with interlacing decoration and golden central cabochons, and a long pin ending with foliage.

Gaston Veunevot Leroux was born on Septembre 14th, 1854 in Paris. In 1874, he attended the Academy of Fine Arts inVienna, and received training as a sculptor by the director of the Academy, Carl Kundmann, until 1877. Admitted in the sculpture section of the Ecole des Beaux-Arts in Paris in August 1881, he was the pupil of François Jouffroy. He taught from 1893, as a professor in the École des beaux-arts in Bordeaux. On the same date, he is the official sculptor of the city of Bordeaux and as such, carried out many orders including the statue of Tourny on the place of the same name, the tombs of the cardinals at the cathedral, monuments to the dead, a number important busts, especially those of the mayors of Bordeaux. Exhibitor at the Salon of French Artists, he obtained in 1882 an honorable mention, in 1883 an honorable mention and became a member, in 1885 a third class medal, and a bronze medal in 1889 and 1900 at the Universal Exhibitions. He was made chevalier of the Légion d’Honneur in 1908.

Eugène Blot (1857-1938) took over the management of the family business in 1894, which had been active since 1855 in association with Drouard, mainly in the field of zinc art. Himself a great lover of contemporary art and painting, he opened an exhibition gallery at 5 boulevard de la Madeleine where he exposed impressionist paintings. He cast a number of limited and numbered works by Camille Claudel, but also worked with Constantin Meunier, Hoetger, Jouant and Van der Stratten. He ceased his activity in 1937 and transferred the rights to his foundry to Leblanc-Barbedienne. 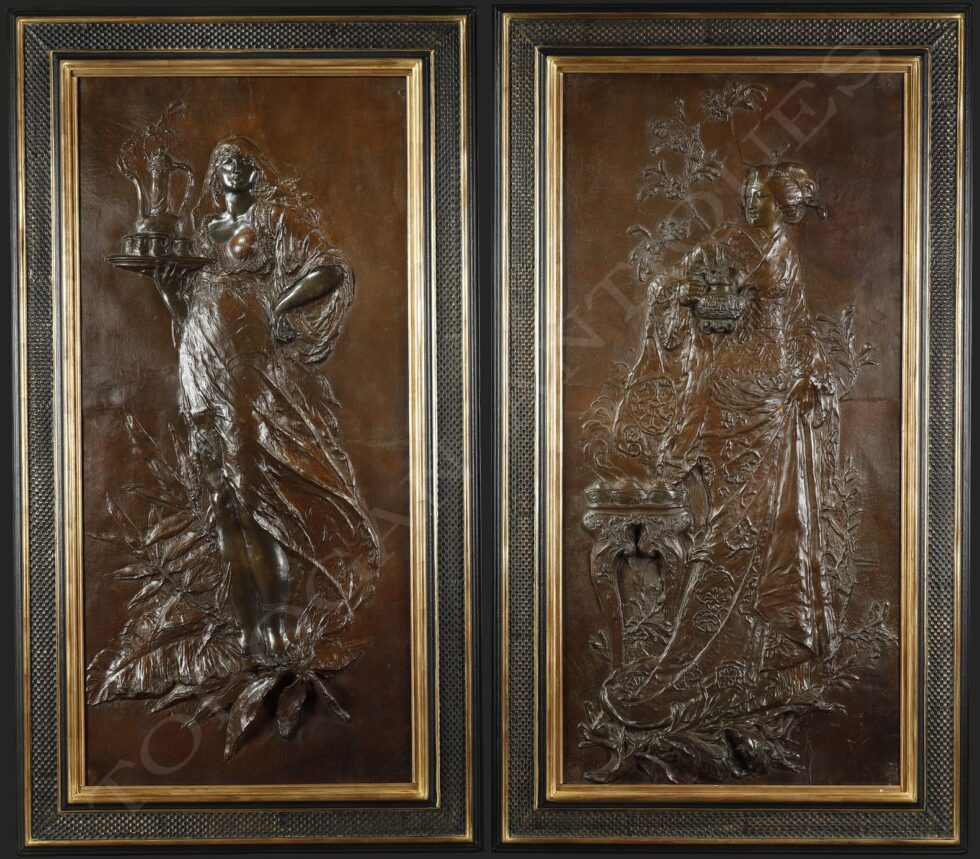