A finely sculpted two-part walnut sideboard with leaves motifs, with uncoupled pillars and Sciences and Arts attributes in medallions, the set colored by a malachite inlay and framed with black wooden moldings.

The upper part opens with four glazed doors, as well as four plain doors in the lower part and eight drawers on the belt.

The low reliefs and other bronze ornaments of this sideboard, of very high standard quality, were probably cast in the workshops of Ferdinand Barbedienne after designs by Constant Sévin. Those designs had been already used successfully on a bookcase exhibited by Sévin and Barbedienne at the Paris Universal Exhibition of 1867. Ferdinand Barbedienne (1810-1892) started one of the most famous 19th century artistic bronze casting companies. In addition to his personal production, he worked for famous artists such as Clésinger and Carrière-Belleuse. These artists production – as illustrated in their catalogue – varied from busts and ornamental sculptures such as clocks, candlesticks, sconces to decorations for furniture, as shown on the sideboard. Barbedienne’s production was always highly esteemed and he was, himself admired by contemporary art critics who compared him during the 1878 Universal Exhibition to a “prince of industry and the king of bronze-casting”. 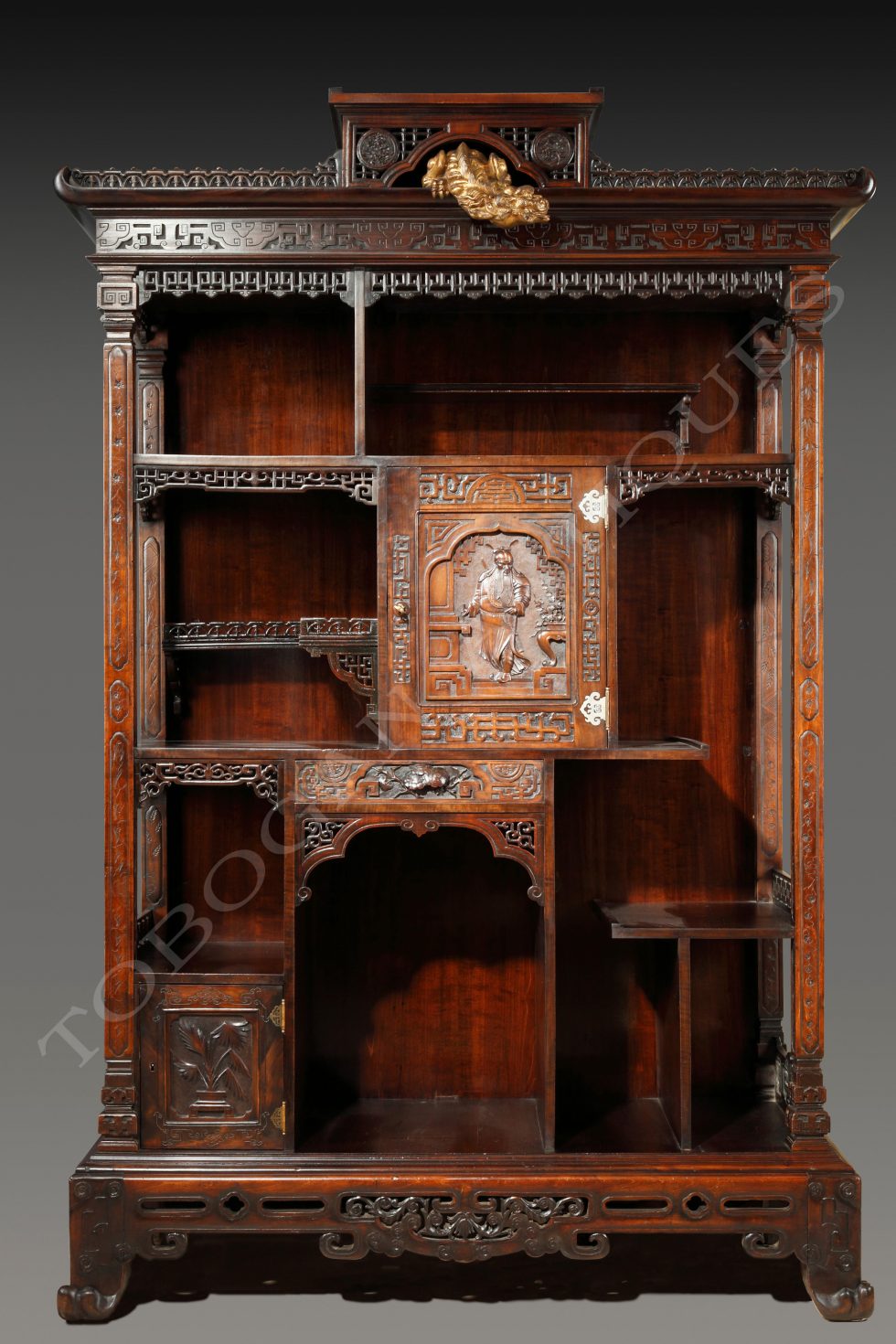 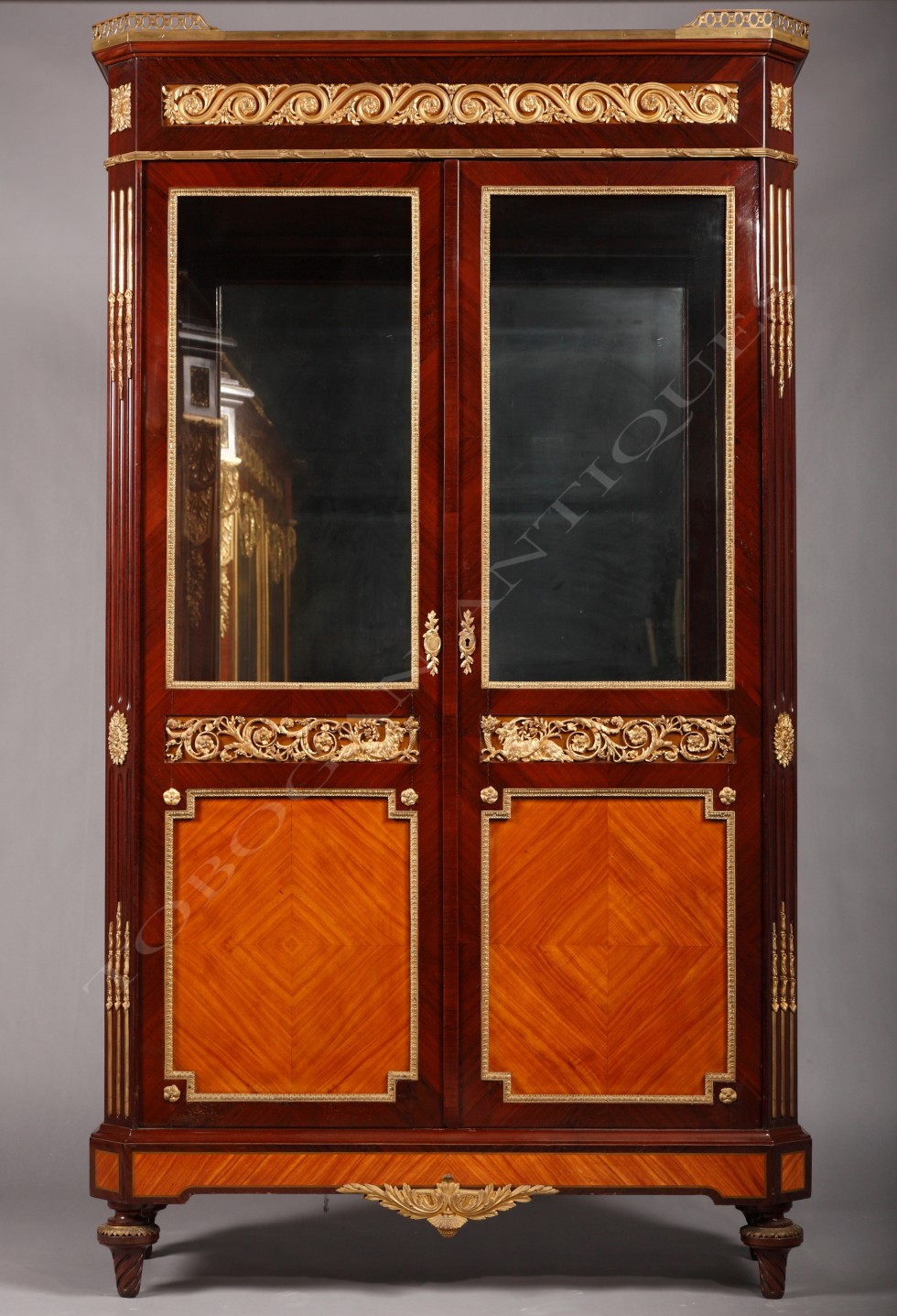