This rare circular planter in enamel ceramic is embellished with a floral and vegetal polychrome décor upon a celestial blue background.  Beautiful chiseled and gilded bronze openwork mounting of Fô dogs forming the handles. The planter rests on four elephant heads with reversed trunks.

Lots of artists participated in that world success, such as Emile Gallé, who gave to Pannier Frères the exclusive rights of some of his models, or François-Eugène Rousseau, who designed many vases and gave the model of his successful Japanese style dining-set as well. This set was made by the Creil et Montereau Manufacture. In the Japanese style furniture branch, many famous makers such as Majorelle from Nancy, Edouard Lièvre or Gabriel Viardot worked for Pannier Frères. Some pieces are to be seen in the greatest museums : the Ermitage in Saint-Petersburg, the Orsay Museum in Paris, the Corning Museum of Glass in New York. 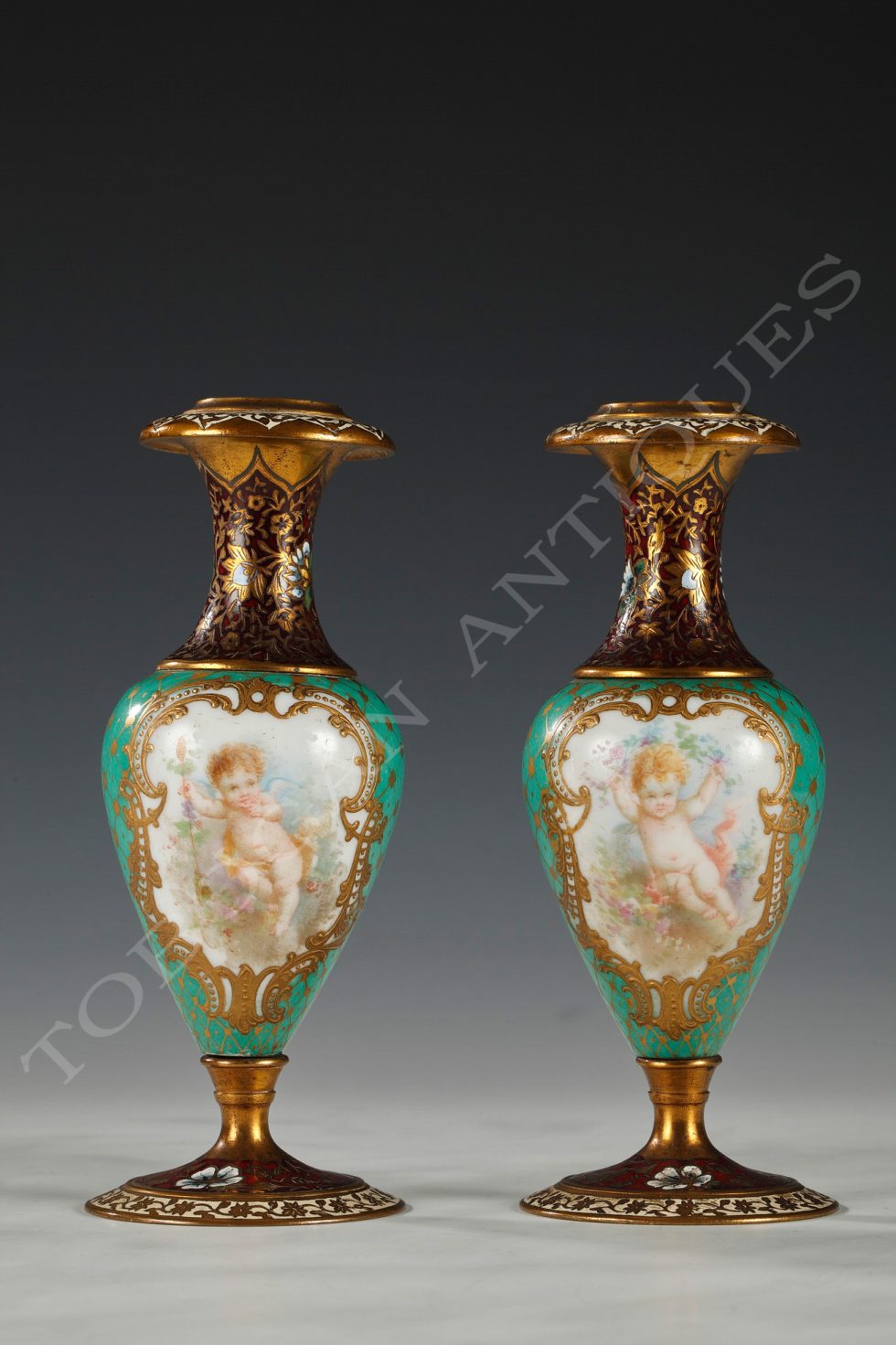