Rare pair of polychrome reverse paintings on glass embellished with mother-of-pearl, in their original frames, representing animated scenes of Parisian live in front of the facade of the Madeleine and of the Opéra Garnier in Paris.

The technique of painting under glass was known since classical times. Forgotten for centuries, it was rediscovered in about 1750 and had a golden age between 1800 and 1850. The technique was redeveloped principally in central Europe around the Glassworks of Bohemia, but also in France, England, Holland and Germany and still persevered in Venice. It eventually spread along the routes of European conquest as much in the Americas in one direction as in India and China in the other. 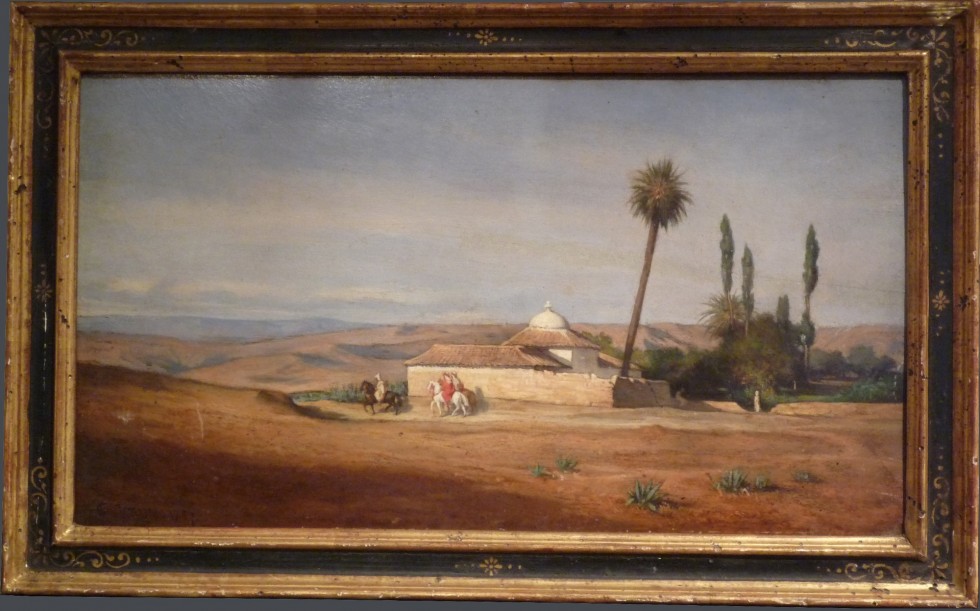 C.G. Brun
“Riders near an oasis” 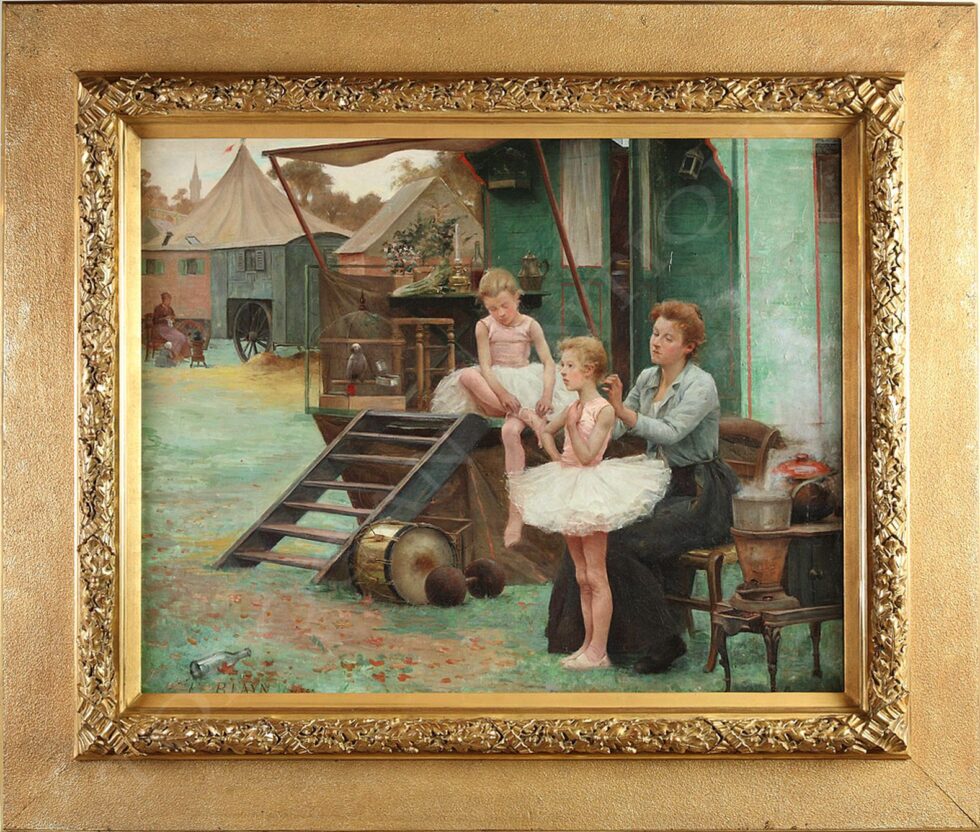