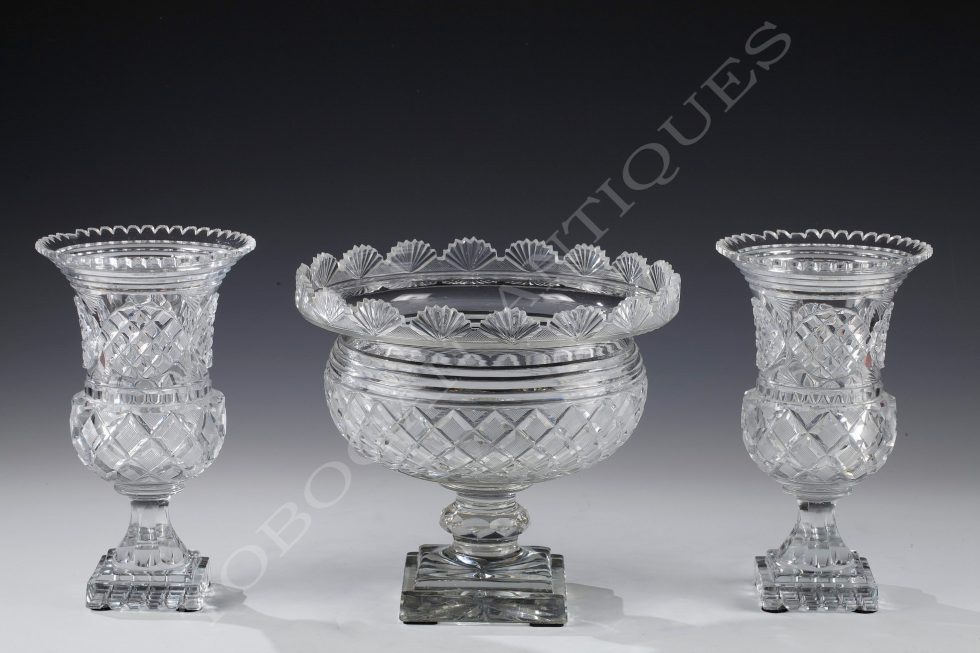 Elegant cut crystal set composed of a circular goblet on pedestal and two Medici vases.
The whole is engraved with braces, and serrated edges on the flared neck. They rest on a square base.

Pair of Vases “Neptune and Venus”