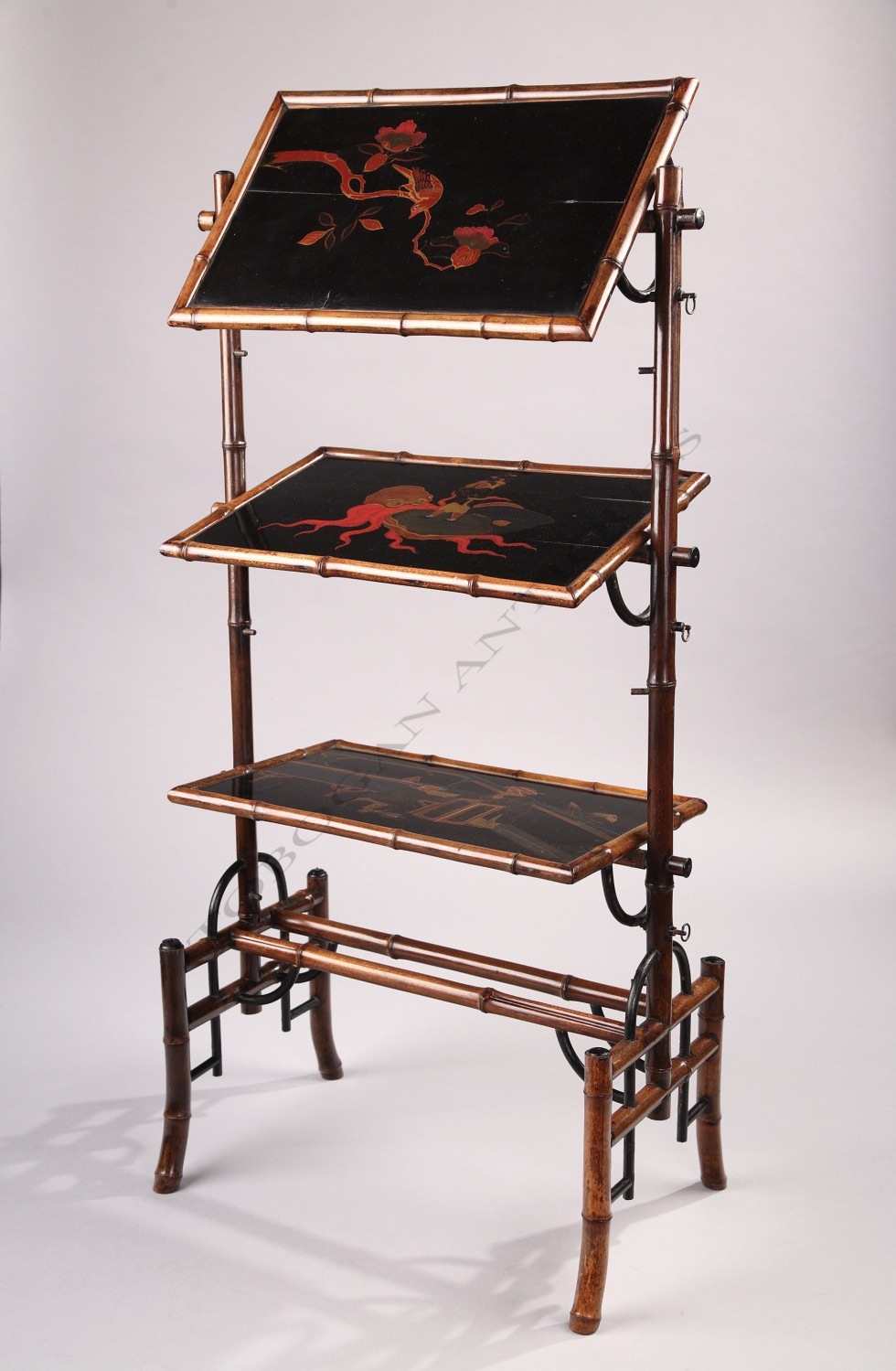 Charming Japanese style servant table executed in varnished bamboo and Japan lacquer. Made up of three rectangular rocking trays, tastefully decorated with gold-and-red motifs on a black background, depicting a bird on a branch, an octopus with a male figure and a poem lecture scene.

The use of Japanese lacquer panels in furniture ornamentation begins at the end of the 18th century. These lacquer panels usually represent landscapes, birds and still-life scenes, most of the time in very sober compositions. The most well-known cabinet-makers, such as Beneman, BVRB and Weisweiler then made lacquered furniture. That craze for lacquered tables was still vivid during the 19th century, thanks to the taste of winter garden atrium and other greenhouses.

In 1872, Alfred Perret and Ernest Vibert opened in Paris, at 33 rue du Quatre-Septembre a store that offered “natural bamboo furniture and cane seats” and all kinds of textile fittings for furniture. This furniture used for winter gardens and terraces of mansions knew then a resounding success. They developed their business around 1884 with their Japanese style furniture, very close to that executed by Gabriel Viardot (1830-1906). In 1886, the company appearing in the category of “Chinoiserie and Japoneries” offered, in addition to furniture and seating creation, works of art and inlaid furniture directly imported from the Far East ; an activity that expanded rapidly. Their exotic fantasy furniture presented at the Universal Exhibition of Paris in 1889 and 1900, rewarded them two silver medals. In 1894, the company was listed under the name “Perret et Vibert”, headed by the son of Alfred Perret and Ernest Vibert. The same year, they redesigned their store on rue du Quatre-Septembre, creating ten new show-rooms, showing complete furniture sets of Japanese and Chinese style inspiration. It was not until 1895, that the company was finally named “La Maison des Bambous” and organized then in their shops an “exhibition of country furniture and seats for castles and villas”, which was visited by Empress Eugenie to furnish her villa Cyrnos at Cap Martin. She actually was a regular customer of the “Maison des Bambous” as she bought repeatedly furniture. In October of the same year, the king of Greece George I “chose a variety of these cute small woodcarved and decorated bamboo furniture and seats” as well as several bronze and porcelain pieces from Japan to garnish his Winter Palace near Athens. As for the American millionaire, Mr. Vanderbilt, he commissioned the Perret & Vibert house, to embellish the lobby and the greenhouse in New York, a great collection of white and gold lacquered flexible rattan seats, and objects art of Japanese origin. “La Maison des Bambous” which already had in 1910 a branch established 170 boulevard Haussmann, moved definitely there its headquarters in 1917 to remain until its closure in 1994.

A Beautiful Pier Table and its Mirror 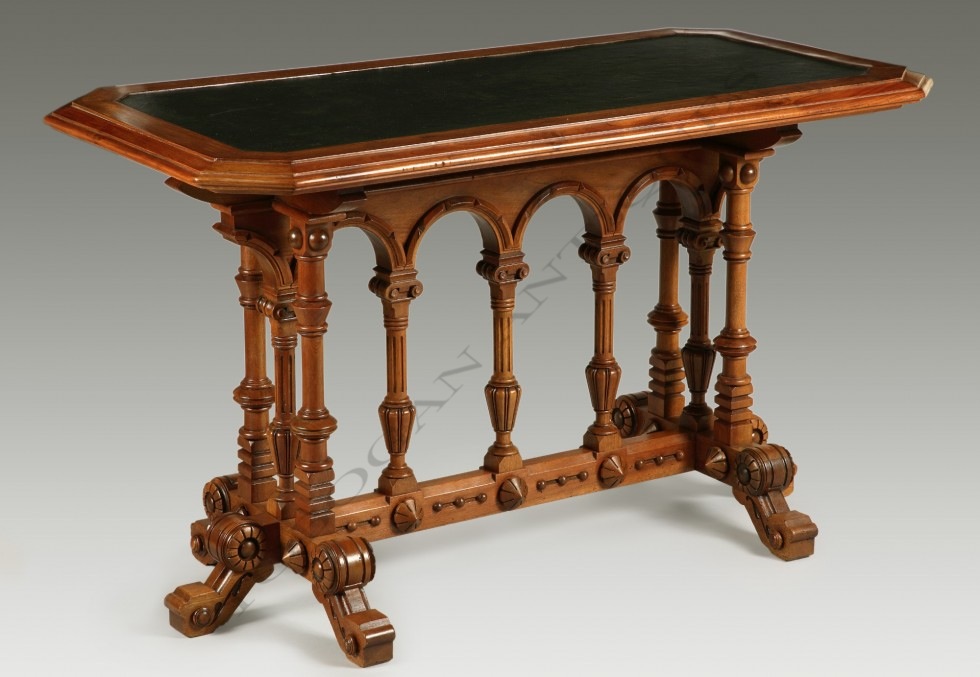