Bear the mark BY 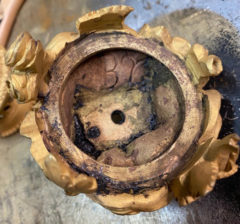 Magnificent chandelier in chiseled, gilded and patinated bronze, with twelve lights. The shaft consists of an ovoid-shaped vase in blued patinated bronze adorned on its belly with frieze and leaves scrolls in gilded bronze, surmounted by a twisted fluted column ending with flowers and a seed. Three female figures ending in acanthus each hold four delicately leafed light-arms. The whole is suspended by three « antique » link chains.

The delicacy of the carving of the gilded bronze illustrating the culmination of the neo-classical decorative repertoire at the end of the 18th Century makes this chandelier a high-quality work, Beurdeley being able to pay tribute to the original model with a prestigious provenance. 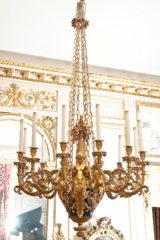 Chandelier in gilded and blued bronze, attributed to François Rémond,
End of the 18th Century. Given in 1808 by Napoléon to Cambacérès
for his Parisian house, the actual hôtel de Roquelaure
Exposed in the Musée Nissim de Camondo, Paris (Inv. CAM 146)

François Rémond (1747-1812) began his apprenticeship in 1763. In 1774, he became maître in the guild of bronze guilders. He worked for the mercant-mercer Daguerre et created worked in the Turkish style then in vogue or Louis XVI and his family. He collaborated with the chaser Pierre Gouthière on some of his greatest masterpieces before 1783, and designed bronze ornaments for the cabinet-maker Jean-Henri Riesener. In August 1774, he met the cabinet-maker David Roentgen and began a collaboration with him : most of Roentgen pieces were decorated with bronzes made in Paris by Rémond with sometimes sculptures by artists such as Louis-Simon Boizot. 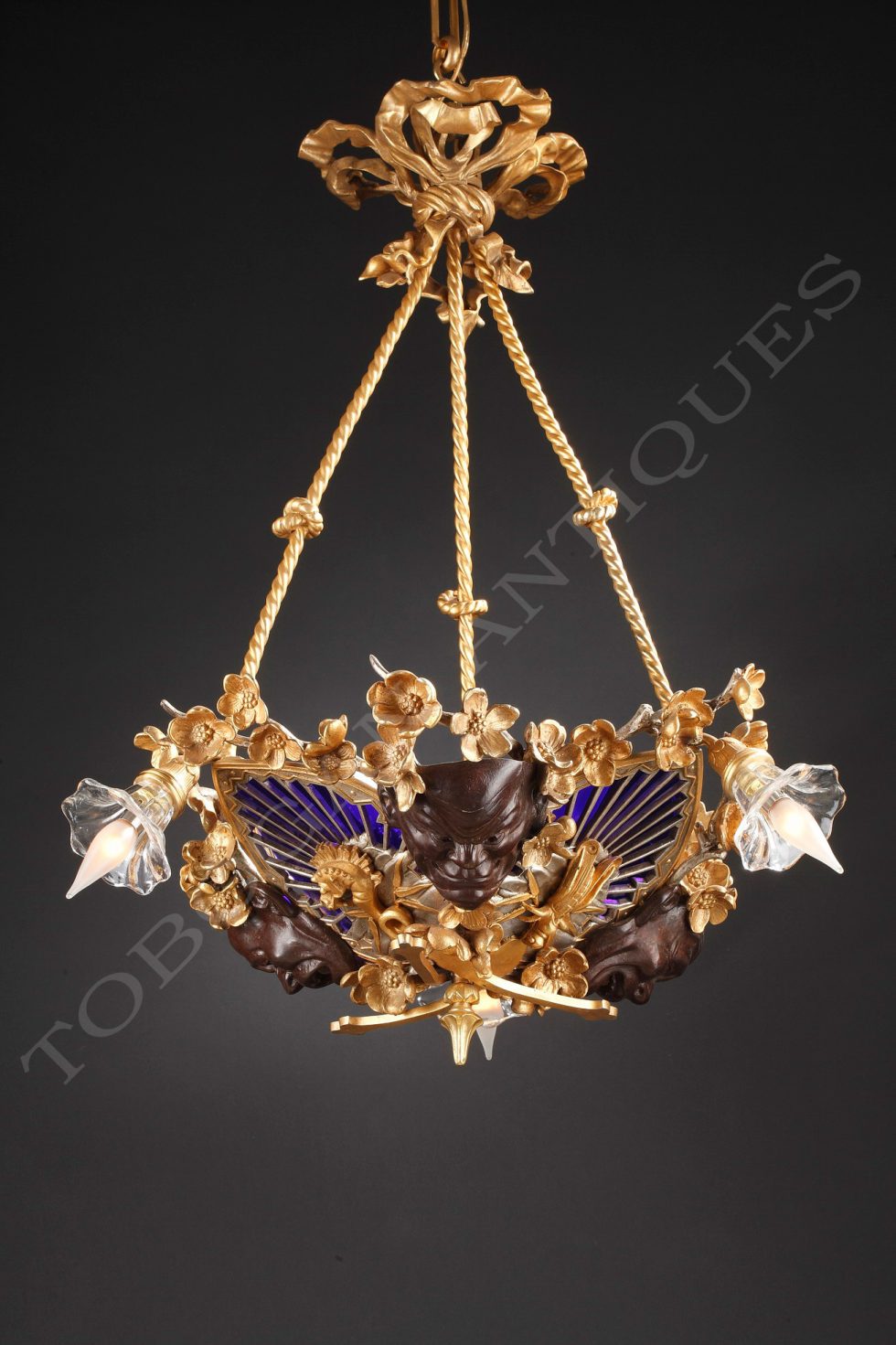 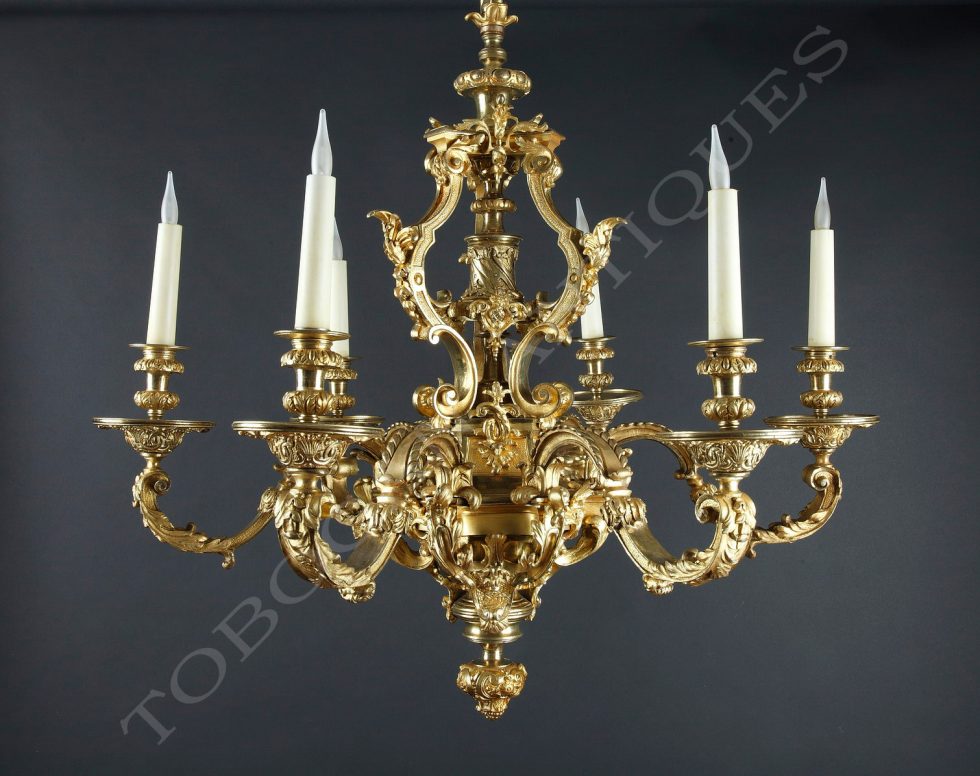 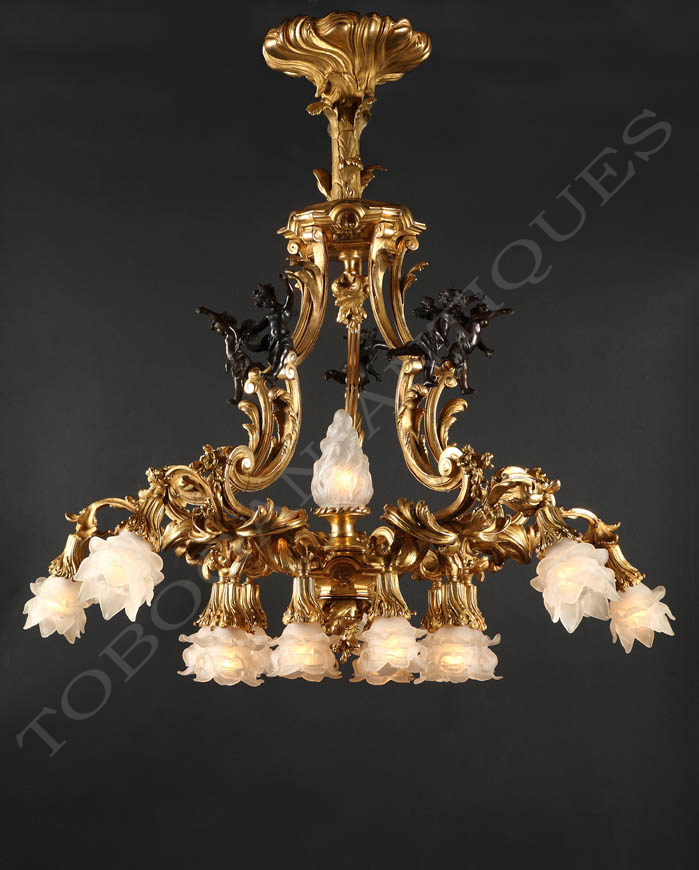